Headed for a water catastrophe

Nestlé pays just $3.71 for every million litres of water it pumps out of the aquifer system in Ontario, but ours isn’t the only drought-stricken jurisdiction the bottled-water giant is tapping for free H2O 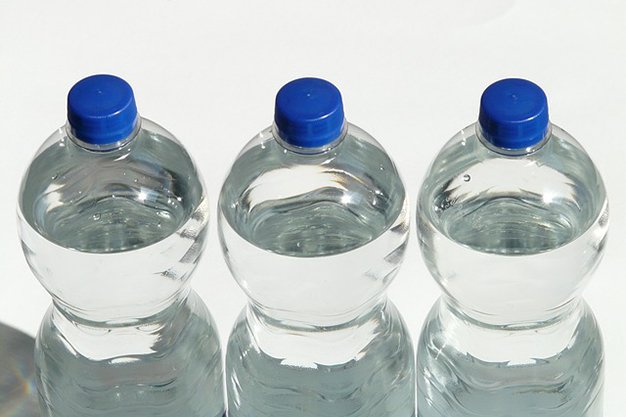 Why, during the driest summer in recent memory, is Nestlé Canada being allowed to pump water out of Ontario aquifers with an expired permit?

It’s a question Wellington Water Watchers has been asking since the multinational was granted a permit extension without public consultation on July 31. The company taps millions of litres of water per day from its three wells in Ontario for a nominal fee – roughly what it costs to buy a few 500-millilitre bottles of its water at the corner store.

The Guelph-based non-profit has joined the Council of Canadians and other environmental groups in calling for an end to what many see as Nestlé’s decade-plus free ride in Ontario. And they want the company’s proposal to take 1.6 million litres a day from a newly purchased well in Elora denied.

Wellington Water Watchers chair Mike Nagy says the group ultimately wants to see this kind of water-taking permit for bottlers phased out entirely by the province. “They need to get moving on this and close the loophole.”

“The reality is, all the money in the world isn’t going to create more water,” adds Nagy, with drought conditions around the globe expected to spike as a result of climate change.

Nestlé pays the government just $3.71 for every million litres of water pumped out of the aquifer system. The company is allowed to take 3.6 million litres a day from its Aberfoyle well and 1.1 million litres from Hillsburgh.

Nestlé says it’s been a good corporate citizen and reduced its water takings this summer by 20 per cent as per regional restrictions. (The company fought to be exempt from similar restrictions in 2013 and lost.)

But Ontario’s not the only jurisdiction that’s essentially giving its water away to corporate interests. (See sidebar.) Council of Canadians’ national chair Maude Barlow tells NOW that in Quebec, Nestlé pays just $70 for 1 million litres. “In BC, they were getting it for free,” she says. The introduction of a new water act in BC last year now means the company pays just over a toonie for a million litres. “A steal, considering what they charge for that water,” says Barlow.

Ontario collects about $1 million in water fees from a variety of industries, recovering little of the $16.2 million it costs to manage its industrial water permit system, says Barlow.

“We are a planet headed for water catastrophe,” she says. “Nestlé is a water predator. We need to tell them to leave.”

Nestlé is planning to drain 264 million half-litre bottles a year from the Arizona desert despite the fact that the state has officially been experiencing a drought since, oh, 1999.

While the rest of Cali was asked to slash water consumption, Nestlé managed to pull 36 million gallons from 12 wells in the San Bernardino National Forest last year. Nestlé’s water permit expired in 1988, but since the company continued to pay $524 a year, the licence was considered legit by the U.S. Forest Service. Last fall, three enviro groups sued the Forest Service.

When Nestlé proposed setting up a water-bottling plant in Cascade Locks, Oregon, citizens rallied to vote the idea down in a -local referendum. But Cascade Locks city council vetoed that vote and opted to support the plant.

Democracy Now’s February headline summed up the situation neatly: “Nestlé pumps millions of gallons for free while Flint residents pay for poisoned water.” While many Flint residents are paying some of the highest utility bills in the country for brown, lead-tainted water, Nestlé is permitted to pump up to 1.5 million litres of water per minute from aquifers running into Lake Michigan at no charge.

As wildfires raged across drought-stricken BC last summer and residents were asked to take shorter showers and stop watering their lawns, the provincial government was giving millions of litres of water to Nestlé for nothing. After a public backlash, BC started charging industrial users, including Nestlé, a pittance: $2.25 per million litres.