As if Torontonians didn't have reason enough to escape the polar vortex, a talented group of the city's best musicians. 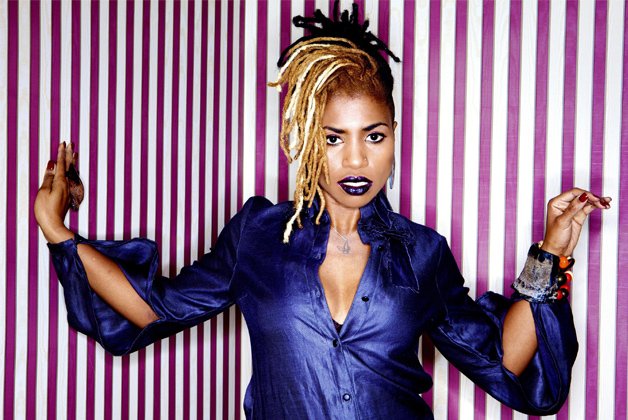 As if Torontonians didn’t have reason enough to escape the polar vortex, a talented group of the city’s best musicians are headed to the Lone Star State for South By Southwest (in Austin, March 11 to 16) – the largest music festival of its kind on the planet.

Among them is Saidah Baba Talibah, the local rock ‘n’ soul artist with the ferocious pipes, penchant for raunch and campy costumes to match her larger-than-life stage presence.

Talibah’s 2011 debut album, S(Cream), got a rave review from this magazine, and she’s currently working on RedBlack&Blue: three PledgeMusic-facilitated EPs that will eventually be whittled down to a 10-song album. (For more info, see sbtmusic.com.)

For now, though, SXSW audiences are about to glimpse what local crowds already know: when you combine jazz, blues, rock and psych elements with this much personality, more is definitely more.

Saidah Baba Talibah plays SXSW on Wednesday (March 12) at the Canadian Blast BBQ at Brush Square Park at 3:20 pm and 512 Rooftop at 10 pm.

A diverse Toronto contingent is playing SXSW this year, and whether you’re a rap fiend or a rock fan, there’s someone for everyone. If you can’t make it to Austin yourself, many artists have local dates before or after the fest.