Nothing fancy this week, just a couple of movies about people 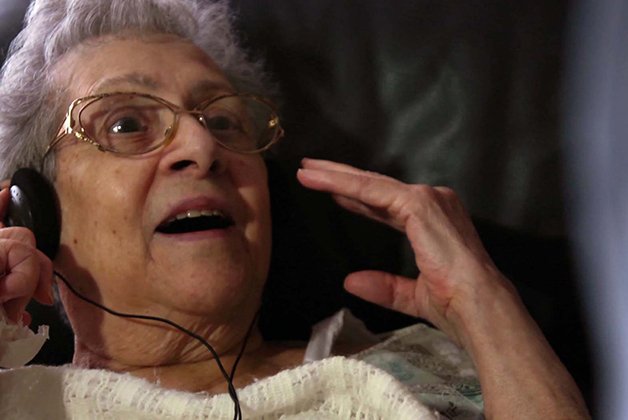 Dementia patients plug into musical memories in Alive Inside.|The Possibilities Are Endless is a must-see at Reel Indie.|Johnny Winter: Down and Dirty. Photo courtesy of Secret Weapon Films.

What, Cinefranco and the Robert Lepage retrospective aren’t enough for you? You want more? Jeez, you people and your demands.

Fortunately, this town never runs out of worthwhile movie options. The fine folks at CINSSU are wrapping up this year’s Free Friday Film series tonight (Friday) with a screening of Daniel Destin Cretton’s terrific Short Term 12 at 9 pm.

It’s a great little drama with a knockout lead performance from Brie Larson, and you should go see it. Need further convincing? Here’s my original review and my interview with writer-director Cretton. There, that oughta do it.

In more of a documentary mood? On Wednesday (April 2) and Thursday (April 3), the Bloor Hot Docs Cinema hosts the last Doc Soup screening of the 2013/14 season: Alive Inside.

Fresh from the Sundance Film Festival, where it won the Audience Award, Michael Rossato-Bennett’s doc follows the efforts of social worker Dan to give elderly sufferers of dementia some comfort through their favourite songs. Scott’s Music And Memory project provides iPods loaded with a given patient’s best-loved tunes, and Rossato-Bennett simply records the results.

It’s breathtaking. Catatonic men and women come back to life, connecting with the music (though still, tragically, disconnected from the world around them). Oliver Sacks appears to talk about the theory behind the treatment, but his footage is almost irrelevant the sight of these people reviving says everything much more simply.

Alive Inside isn’t a sophisticated work, and Rossato-Bennett leans a little heavily on the feelgood button. But in fairness, there aren’t many other ways to convey the wonder he’s captured.

Alive Inside screens at 6:30 pm and 9:15 pm on Wednesday, and at 6:45 pm on Thursday. Rossato-Bennett will be present for post-screening Q&As. Tickets are available here, and you might want to pick up a pack of tissues on the way to the theatre.