Taking stalk: Doug Fine on how the planet's most versatile plant is shaking up farming 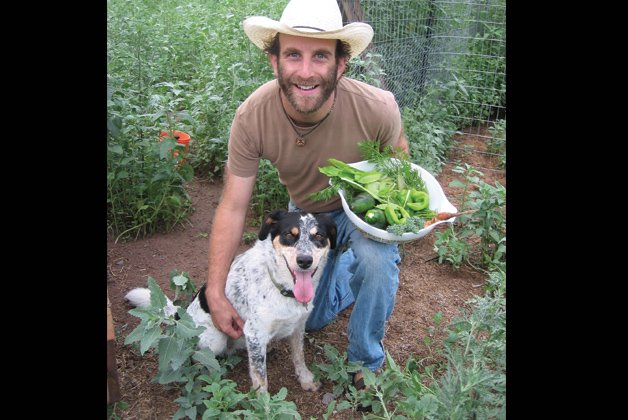 HEMP BOUND: DISPATCHES FROM THE FRONT LINES OF THE NEXT AGRICULTURAL REVOLUTION by Doug Fine (Chelsea Green), 192 pages, $17.95 paper.

If you’ve ever met a hemp enthusiast, you’re probably already schooled in the plant’s superpower uses in clothing, snack bars and hacky sacks.

You say Canada’s hemp industry is booming and can’t plant it fast enough. Where’s it all going?

Here’s the reality on the ground today: Canadian farmers are making $300 per acre profit on hemp – as much as 10 times what they make on GMO corn. They’re growing for the nutritive superfood that is hemp seed oil. Demand is growing so fast… I wish I had 1,000 acres on which to plant hemp today – $300 times 1,000 is more than I’ve yet made as a writer.

If so much hemp is being grown, why isn’t anyone making Canadian-grown hemp clothing?

Canada isn’t yet growing much for fibre applications the seed oil has been the money crop. In China and parts of Europe, fibre is profitable for textiles, construction and industry. At the Composites Innovation Centre in Winnipeg (a joint government/private sector venture), I saw a prototype tractor body made entirely from hemp fibre.

How can hemp come to the rescue in the face of climate change?

The idea in Hemp Bound that I hope spreads widest and most quickly is a farm waste biomass energy plan that I believe can help wean humanity from fossil fuels. It’s already in play in Europe: entire communities in Austria and Germany are becoming energy-independent by combusting biomass anaerobically. Now I’m traipsing around North America trying to get farmers and processors to implement this alternative to fossil fuels. The outhouse-sized units aren’t very expensive. A single farm can provide its own energy or feed it back to the grid. The U.S. Army is even investing in this technology.

You talk about how its drought-resistant, soil-rehabilitating properties will come in handy as farms dry up.

Hemp is an annual plant whose foot-long taproot helps stabilize soil and provides a vital ecosystem for microflora and fauna. Colorado’s first commercial hemp farmer, Ryan Loflin, comes from an experienced farm family. He told me hemp uses half the water his wheat crop did. That means his neighbours on the threatened Ogallala Aquifer can dry-land crop hemp. Imagine the implications for drought-ravaged parts of the world like sub-Saharan Africa.

If hemp growing doesn’t require pesticides, why is it important to support organic hemp?

That is a fantastic question, and the answer is important: while hemp itself doesn’t require pesticides (and you blessed Canadians have prophylactically banned GMO hemp as well), to be organic the soil must be organic year round. If not, hemp, being a rotational crop, could be and often is cultivated on non-organic soil that’s growing, say, GMO soy at other times. While the hemp crop will help heal that soil, I don’t want my family putting that non-organic seed oil in our morning shake.

Is the U.S. any closer to legalizing hemp farming, the way Canada did in the late 90s?

I expect U.S. federal law to get there in the next year or two, now that this year’s Farm Bill allows university research. Canada’s industry, now approaching $1 billion a year, started out with cultivar research as well.

If you were a venture capitalist, what hemp products would you invest in?

The hemp brand is best expressed in the kind of beyond “Don’t be evil” business model that Dr. Bronner’s hemp and olive oil soaps espouses: fair trade, organic, and the CEO makes no more than five times the wage of the lowest-paid worker. You can be righteous and profitable at the same time. Along those lines, what I’d like to see is rural communities investing in regional processors, sharing the profits, healing the soil and the air, and profiting right from season one from “tri-cropping” – that is, from growing at once for seed oil, fibre applications and clean distributed energy.

What’s the most surprising place you found hemp in a product?

My Republican accountant’s office: she proudly showed me her skin cream with hemp in the ingredients list. Also, a Canadian product called Holy Crap Cereal is at the International Space Station. Oh, also on my own body: I testified in favour of cannabis regulation at the United Nations recently while completely clad in hemp clothing.

1938 Cultivation of industrial hemp (along with marijuana) is banned in Canada until its legalization on March 12, 1998. Farmers still need a licence to grow it.

.3% The upper limit for THC in industrial hemp allowed in Canada, versus 5% and up for marijuana.

Half a billion dollars Annual income from hemp products Canada exports to the U.S.

Three to four months Time it takes an acre of hemp to mature.