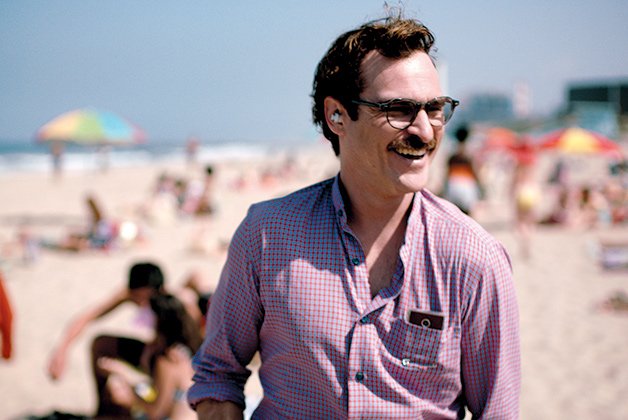 Joaquin Phoenix, complete with doofus ’stache, falls in love with his OS in Her. 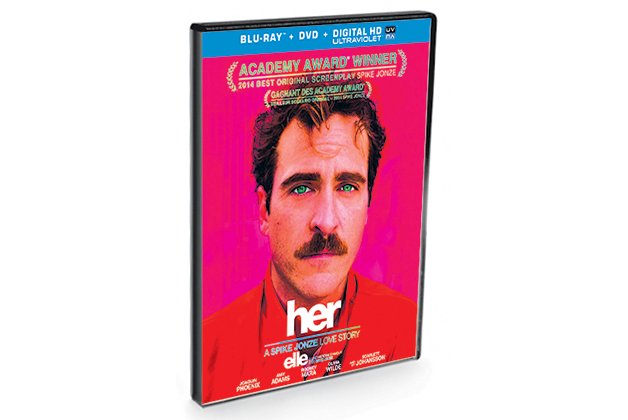 Most science fiction in the movies is a matter of cool production design – aliens and space ships – with nary a brain and not much heart in sight. In literature, science fiction is more about ideas, about using the future – near or far – to explore the present.

Her’s writer/director, Spike Jonze, takes the literary route, making a simple romance into a strong, emotional tale bubbling with ideas about love, the nature of the self, narcissism, the ramifications of our current cultural obsession with new technology and its attendant sense of both connectedness and alienation.

In the near future, lonely guy Theodore (Joaquin Phoenix) falls in love with his new operating system. It’s self-aware, capable of learning from experience, integrating that knowledge and growing. Based on a short interview and Theodore’s preference for a female voice, the system emerges as a disembodied voice self named Samantha (Scarlett Johansson). She’s smart, funny, thoughtful and caring. She lifts him out of his post-marriage doldrums, and their mutual love has all the typical joys and complications: sex, meeting his friends, jealousy, diverging interests.

Some of this is funny, but it’s all played with a straight face, Phoenix’s doofus moustache notwithstanding. He and Johansson make sympathetic lovers, and Rooney Mara, his ex-wife, and Amy Adams, his best friend, add appealing character portraits.

Look to the backgrounds for the satiric edge. In Her’s strangely clean and underpopulated mega-city, the extras move like they’re in a software commercial, and it becomes apparent that Theodore and Samantha aren’t the only pair of human-OS lovers. The hazy sky contributes to the romantic mood until you gradually realize it’s smog.

The 20-minute making-of doc takes a home-movie approach to its shots of on-set working and joking. Nobody talks to the camera or explains anything.