In today's crammed culinary scene, immersive and inventive dining experiences are a surefire way to get tongues wagging.

For one night last week, it wasn’t just chef Hemant Bhagwani‘s solid rep (and his headline-making banishment of tipping) filling the room at his Indian Street Food Co. on Bayview.

U-Feast (ufeast.com), a Toronto-based start-up specializing in food events, swung in to take over the midtown spot. They commissioned a one-night-only menu from Bhagwani, recruited Adamo Estate Winery to supply the drinks and blasted the invite out to Toronto bloggers, media and food lovers. (A few weeks before U-Feast was in Cabbagetown at Kanpai, hosting a Year of the Monkey-themed dinner. Before that, La Cubana, Thoroughbred and Matt Basile’s never-before-seen new kitchen in the Stockyards.)

The reward for those who registered was a five-course, family-style dinner of heavenly ginger-laced soft shell crab, flaky slow-cooked lamb raan pau “burgers” on buttery Ace buns and cardamom almond kulfi on a stick for dessert.

Restaurants, of course, throw their own pop-up events nearly every other day in this town (gotta keep up with the culinary Joneses), but few are able to devote the time to getting the word out.

“We tell chefs we’re like the box office,” Yvonne Tsui, U-Feast’s director of operations, told me at the dinner. “Because nowadays, when you’ve got chefs who are also the restaurateur, there aren’t enough hours in the day for them to do all of that stuff, even if they want to.”

The company guarantees chefs a percentage of ticket sales – whether it sells one ticket or 50 – and events usually hover around $60, with booze, taxes and service costs included. That frees chefs up to play with their budget, often throwing in extras for diners. Bhagwani added a few surprises like a mini cup of killer spiced tomato soup and a rich veggie-stew fondue, so the five courses ended up being more like nine.

Now that it’s 14 events in, the start-up is beginning to build itself a bit of a scene. “At the end of the day, it’s about [creating] community. I know at least 10 people here tonight who are regulars,” Tsui says.

All of those diners, new and old, went home stuffed to the gills with some of the city’s most novel Indian dishes.

Bhagwani, for his part, got some new connections, a relatively easy night for his staff, tons of feedback on some new dishes and a whole lot of promo: “Everybody’s been tweeting, everybody’s on Instagram. On a regular night, you don’t really get that very often.” 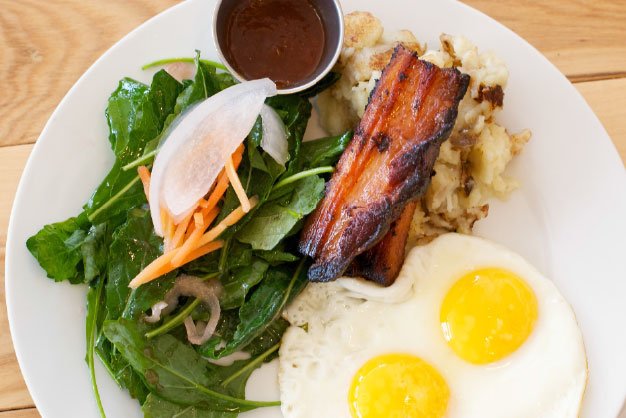 “I really believe that food can be a meaningful experience,” says Len Senater, the owner of the Depanneur (1033 College, 416-828-1990, thedepanneur.ca). “But the typical restaurant model – there’s almost nothing to take advantage of there. The power to forge connections and share experiences and make people [seem] less othered and different – that’s not the focus of a typical restaurant.”

Senater has plenty of passionate stuff to say about Toronto’s food scene – understandable for someone who’s spent years fostering grassroots food events, and doubly understandable, given that those events still fly persistently under the radar.

The homey corner kitchen at College and Havelock – seating capacity: barely two dozen – has hosted all manner of food pop-ups, from the quotidian to the quixotic. Think Scottish-Haitian fusion dinners, or a recreation of the final meal served aboard the Titanic.

In 2010, Senater saw the supper club trend established in other North American cities make inroads in Toronto, but found that high overhead costs restricted those events to upper-echelon chefs and diners.

“So I thought, if there’s space, you could have a far greater diversity of voices who could actually participate, both as cooks and as buyers. That’s the spirit of the Depanneur, so we can foster and encourage that kind of grassroots culture, but we can disentangle culture from luxury.”

Like any project with noble goals, it hasn’t been without its challenges. At first, the spot was envisioned as a café/corner store by day.

“I thought, ‘How hard can it be?’ Turns out, it was so hard it almost bankrupted me.” Zoning and bylaws have also been an issue, with a liquor licence persistently out of reach.

You’d think the Dep’s eclectic programming would go down easily with the kids eager to brag about their latest big table score on the internet, but in Senater’s experience, local crowds are more likely flock to the spots with the biggest cultural cachet or the most extravagant dishes.

“We’re not the hippest place in town, and we’re certainly not the fanciest, and that’s half of what people are buying,” he says.

“I’ve had people say, if you double your prices, you’d be more popular. But that’s the whole opposite of the Depanneur, and I refuse to do it.”

Still, he can’t sit around and be sore about it. Not with a vegan seder, a Métis-inspired feast and a Kazakhstani-Korean dinner to plan. 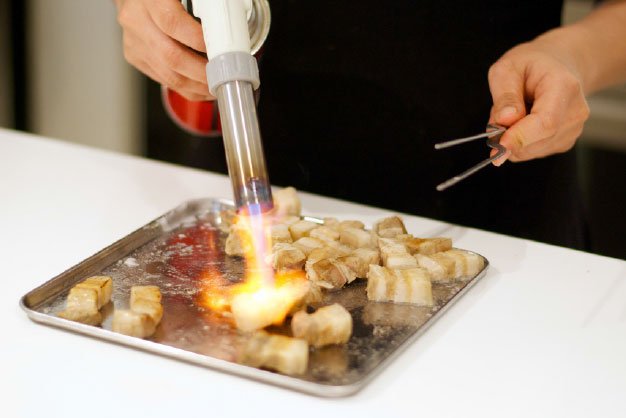 In most artistic disciplines, there’s a long DIY tradition for those with big ideas and limited means: house shows, plays in public squares, art parties in empty warehouses.

For aspiring chefs, the rules are different. You need a legally licensed kitchen to ply your trade, a place to serve, and an audience that’s willing to pay. Some brave folks take on debt to open their own spots most work their way up through the ranks at existing kitchens. But what do you do if you’re a young chef with little cash and a muse to chase?

If you’re 26-year-old Cindy Fung, three years into your culinary career and fresh off an internship with R&D’s Alvin Leung in his three-Michelin-star Hong Kong bistro, you start throwing dinners wherever you can. Lately, for Fung, the owner of Preserve Indulgence (preserveindulgence.com), that’s been the dining room of her Regent Park condo building. (That allows her to skirt some rules: technically, it’s a dinner party with a strict guest list.)

“I want to grow as a person, as an artist and especially as a chef,” says Fung. “I find that traditional restaurants have a focus – they’re focused more on the budget, and they lose the kinship of eating.”

The Windsor native (who – full disclosure – was my neighbour as a kid) applied for a job in a corporate restaurant on a whim. She parlayed her experience into catering gigs and, finally, a stint at Leung’s high-concept Bo Innovations. “I learned techniques I’ve never seen before,” she says. “All the flavours were there, but everything was totally surreal.”

She recalls feeling “lost” upon returning to Toronto, reluctant to return to restaurant kitchens but wanting an avenue for the techniques she’d learned.

“It just spoke to me, that if I wanted this I would have to make it work,” she says. “That’s pretty much my model for Preserve: if plan A doesn’t work, there’s always a plan B.”

Plan A was a series of supper clubs, but promotion was a challenge – so she’s turning her attention to brunch parties, featuring light, citrusy Sanagan’s beef tartare on homemade purple chips, and ravioli filled with chunky squash puree and paired with sous vide pork belly.

As she puts it, “No one says no to mimosas and Caesars” – particularly not pho Caesars topped with sweet-and-savoury Laotian beef jerky, a nod to her boyfriend’s heritage.

“I wanted (my work) to be something that represented me more as a brand, working with unique foods and local ingredients,” she says. “It’s important for me to be able to put my emotions into cooking.”

FOOD EVENTS AND WHERE TO FIND THEM