Hidden Figures is a crowd-pleaser with soul 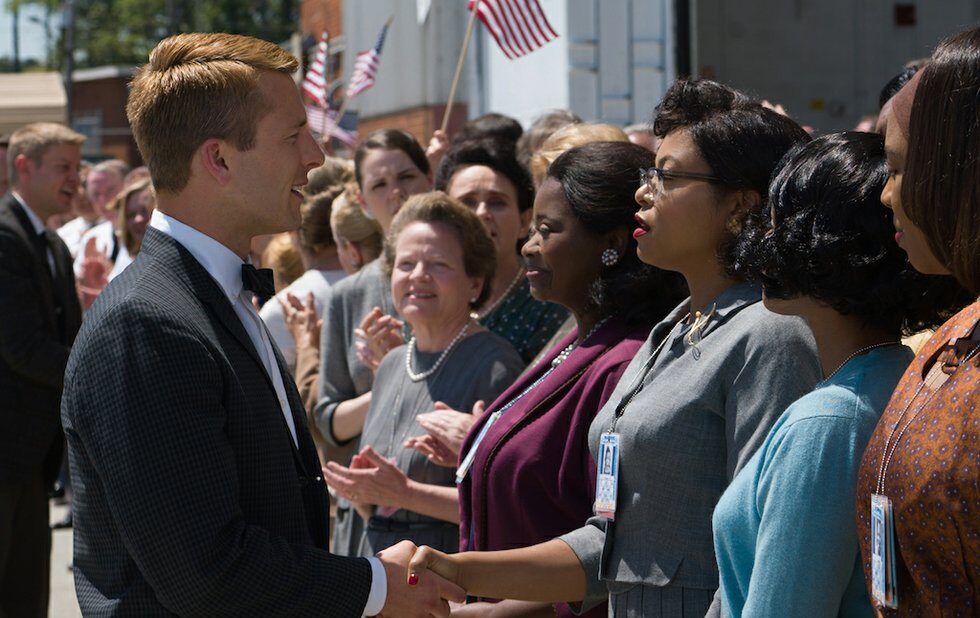 Here’s a crowd-pleaser that hits all the predictable notes, but you won’t mind.

The story itself is obviously ginned up – almost to laughable proportions. The idea that seconds before John Glenn’s take0ff, Johnson had to be consulted to confirm the astronaut’s landing coordinates is ludicrous. And, try as the film might, it can’t make us worry for a second when NASA loses contact with Glenn that he won’t be coming back.

What does work is the portrayal of racism at NASA. Teams of “Black computers in skirts” were segregated from their white counterparts in separate buildings. It took years for Vaughan to get the promotion she deserved. And Johnson describes with proper fury what it’s like to have to walk a half-mile to the Blacks-only bathroom.

The ensemble is exceptional. Spencer can express her frustration at being overlooked with the lift of an eyebrow, and Monáe, as she did in Moonlight, is proving to be an appealing screen presence.

But this is really Henson’s movie. She plays Johnson as a bespectacled nerd wholly confident in her abilities and defiant in the face of toxic working conditions, giving the pic its driving force.

The National Board of Review gave Hidden Figures its best ensemble award and Spencer got a supporting Golden Globe nom. Plus, Henson won last year’s best actress Golden Globe for her role in the TV series Empire, so she’s definitely on Hollywood’s radar. Given last year’s #Oscarsowhite controversy, expect the Academy to give some love to this pic. Henson deserves it regardless.