High on sugar in Kensington Market

Sweet Olenka’s and Cosmic Treats come to the market 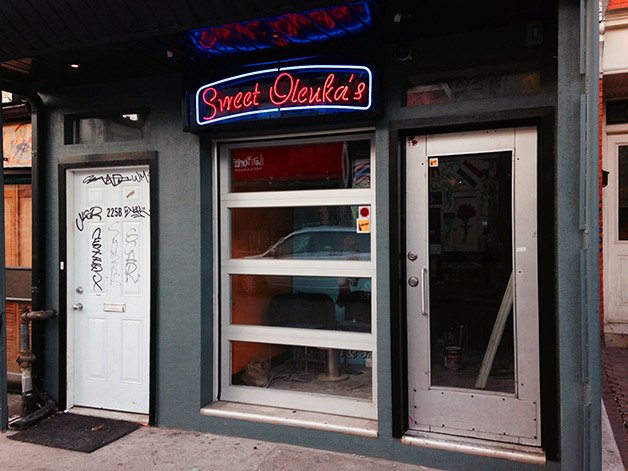 Before Sweet Olenka’s opened its Queen West pop-up, downtowners had to schlep all the way out to Etobicoke to try Toronto’s best ice cream bars. But now it looks like you might not even have to venture west of Trinity Bellwoods to pick ’em up.

A new Olenka’s location is set to open Saturday, May 23, at 225A Augusta, says owner Olenka Bazowski. The space, which has been a revolving door for tenants in the past few years, will start by dishing up the classic roster of chocolates, ice cream and other sweets. Next week, look for Olenka’s first savoury offering: Pyrizhky, a Ukrainian meat-filled bun.

Joining Olenka’s just down the street will be Cosmic Treats, a vegan snack shop setting up in the former Aspetta Caffe. A sign posted in the window at 207 Augusta promises homemade ice cream and soft serve, as well as a patio and candy shop.