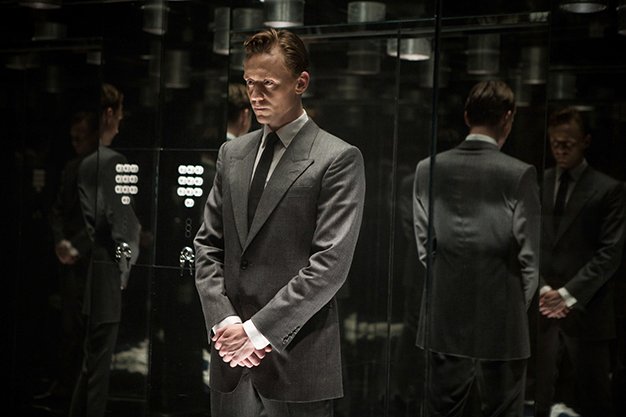 After Kill List, Sightseers and A Field In England, Wheatley tackles J.G. Ballard’s apocalyptic 1975 novel about the residents of a bold new tower block collapsing into anarchy when the building starts to malfunction.

Working with the likes of Tom Hiddleston, Elisabeth Moss and Jeremy Irons, Wheatley and screenwriter Amy Jump have devised a visual analogue to Ballard’s acidic satire. Their adaptation isn’t just set in the 70s but designed to emulate its cinema precisely, with sickly lighting, creeping zooms, Kubrickian focal choices and a very effective use of ABBA on the soundtrack. (The movie also owes a debt to David Cronenberg’s Shivers, released the same year as the novel and eerily similar in many respects.)

Hiddleston is distressingly effective as a doctor who was already a little unbalanced before his neighbours go all Lord of the Flies and as an alpha-male resident, Luke Evans goes straight over the top and never looks back. The whole movie goes wild, really, to the point where roughly half an hour of it is just mad, rutting chaos. Which is precisely the point, of course, but it does get a little monotonous.