Bet you didn't know that April is poetry. 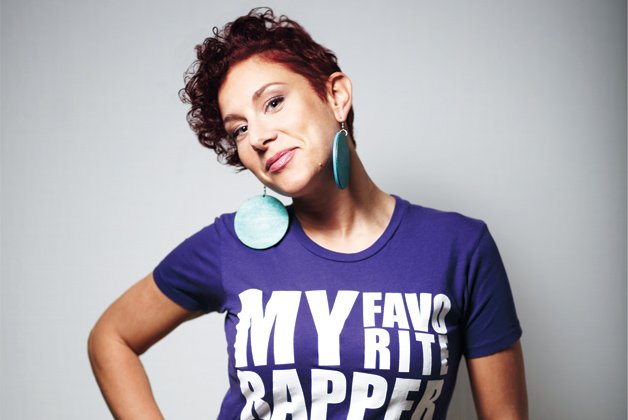 Bet you didn’t know that April is poetry month in Canada. To help keep the literary form on your brain, subway platform screens are showcasing the poetic stylings of 10 Toronto hip-hop artists between now and April 30.

Each video is silent and 30 seconds long, aiming to draw our attention to “the narrative revolution and metaphor rhyming schemes” of hip-hop. For more info, visit artintransit.ca.

If you were saddened by the cancellation of Peter Styles’s popular long-running karaoke night at the Gladstone, rejoice! He’s doing a trial run on the third floor of Jazz Bistro (251 Victoria) every Wednesday in April.

“Call it a beta test, if you will,” says the veteran host and country & western musician. “I promise a whole new presentation: wireless mics, no stage restriction. I hope everyone is going to come out for a great time.” The music starts at 8 pm and goes till midnight.

Another hot April happening is Peter Elkas at the Dakota (249 Ossington), celebrating the 10th anniversary of his debut pop-soul solo album, Party Of One. Every Tuesday this month, he’ll be joined onstage by drummer Don Kerr and bassist Doug Friesen, who were also on the record. Best: a small run of the album on vinyl will be available for a limited time. See listings for details.

The Edge 102.1 launched a new weekday lineup on Monday, March 31. To celebrate, a handful of local musicians are performing live on air with morning show hosts Dominik Diamond, Josie Dye and Greg Beharrell. Catch alt-rapper k-os at 9 am Thursday (April 3) and garage-poppers July Talk at 9 am Friday (April 4). Go to edge.ca for a complete list of programming changes.

Serena Ryder, Classified and Tegan and Sara were the faces of the Junos on Sunday, March 30, but plenty of Toronto musicians won awards in addition to Ryder (who won two). Cirkut, who has a studio in town, won for producer and songwriter of the year, while Ron Sexsmith’s Forever Endeavour won for adult alternative album. Mike Downes won in the traditional jazz category, and Drake for rap record. JRDN (featuring Kardinal Offishall) snagged R&B/soul record of the year, and Exco Levi in the reggae category. Other T.O. winners: Justin Rutledge, the Strumbellas, David Buchbinder, Eric Ratz, Downchild, Protest the Hero and Ryan Hemsworth. Phew. That’s a lotta Junos coming back to the T-dot.