NOW MagazineNewsReasonable Doubt: the history of marijuana law in Canada

Reasonable Doubt: the history of marijuana law in Canada

How we got from opium dens to Shoppers Drug Mart 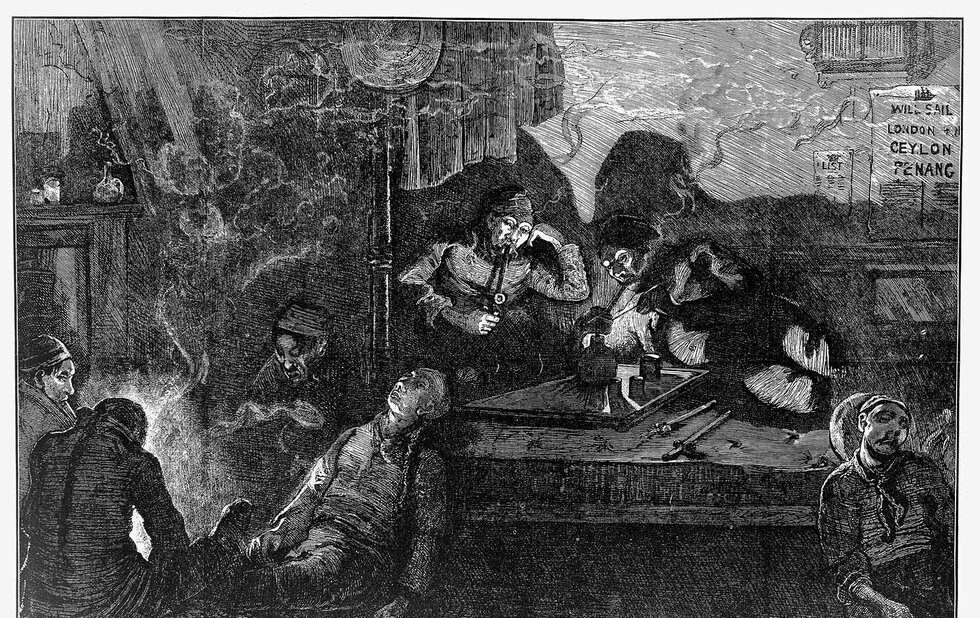 The 1908 Opium Act was the first Canadian law that prohibited drugs, and it was at least a partially racist response to Chinese immigrants associated with opium use at the time. It was a tough economic time, and resentment was growing toward Chinese and other immigrants working for low wages. After race riots in 1907, Mackenzie King, the deputy minister of labour at the time, visited opium dens in Vancouver and became concerned with apparent increased opium use, particularly by white people and women. That visit is said to have been a catalyst for the Opium Act.

In 1923, the government added marijuana to the schedule of prohibited drugs in the Opium and Narcotic Control Act. Some people point to The Black Candle, a (very racist) book by so-called and famed feminist Emily Murphy, who linked drug use to specific risks to white women. It is hard to know with any certainty how much of an influence this book had on drug legislation, but it certainly contributed to the reactionary, often racist, anti-drug sentiment of the time. To be fair, there were also international discussions occurring at the time over the evils of drugs and virtues of prohibition.

Initially, marijuana use and convictions were extremely rare. Few Canadians used pot and even fewer were charged with offences. As the black market grew, so did the police response. In the 1960s, thousands of Canadians were finding their way into the criminal justice system through pot charges.

In 1972, the Le Dain Commission published a report on the non-medicinal use of drugs and recommended decriminalizing cultivation and possession of marijuana for person use. Instead, what followed was nearly thirty years of prohibition.

In the international community, the Netherlands decriminalized marijuana use in 1976 and New Mexico passed a state law allowing medical marijuana in 1978.

In 1997, Canada’s first storefront dispensary for medical marijuana opened in Vancouver. Police have largely turned a blind eye ever since.

In 2000, after nearly 80 years of prohibition, the Ontario Court of Appeal ruled that a blanket prohibition against marijuana use infringed on Terrance Parker’s right to life, liberty and security of the person. Mr. Parker used marijuana to control his severe epileptic seizures with some success. The court found:

As I have stated, the choice of medication to alleviate the effects of an illness with life-threatening consequences is a decision of fundamental personal importance…[t]o intrude into that decision-making process through the threat of criminal prosecution is a serious deprivation of liberty….

The state has not violated Parker’s rights simply because epilepsy in and of itself represents a danger to his life or health. However, to prevent his accessing a treatment by threat of criminal sanction constitutes a deprivation of his security of the person. Based on the evidence, the marijuana laws force Parker to choose between commission of a crime to obtain effective medical treatment and inadequate treatment….

[the] prohibition tells Parker that he cannot undertake a generally safe medical treatment that might be of clear benefit to him. Under the former Narcotic Control Act there was no procedure that he could effectively access that would allow him to grow or possess marijuana without threat of criminal sanction.

In 2001, the government enacted the Marihuana for Medical Access Regulations, allowing people with the appropriate prescriptions to grow their own pot or access it from authorized growers to treat a limited number of health conditions.

Throughout the 2000s, and even before, political will in Canada was shifting away from criminalization. Police became more likely to turn a blind eye. Cannabis day celebrations where people openly smoked pot grew. Judges became more reluctant to convict people for possession and more commonly gave light sentences.

In 2012, the Harper government introduced mandatory minimum prison sentences for possessing set amounts of marijuana or plants. Over the next three years, several courts deemed several of these mandatory minimum laws unconstitutional.

South of the border, Colorado and Washington legalized recreational marijuana use in 2012, with sales starting in 2014 and 2015, respectively.

In 2013, the government amended medical marijuana laws to prevent people from growing their own pot and forced them to access it through licensed commercial growers.

From 2013 until present, particularly in Vancouver and then Toronto, many illegal dispensaries opened, selling marijuana to people who had some proof of doctor approval.

In 2014, a BC court granted an injunction against the 2013 amendments, allowing patients to continue growing their own medical marijuana while the court decided if the amendments were constitutional.

In 2015, Oregon and Alaska legalized recreational use. More states are expected to follow in the coming years.

In June of 2015, in a strange turn of events that perhaps best described the state of marijuana law in Canada, Vancouver passed laws forcing dispensaries, which were completely illegal, to apply for licenses to operate storefronts.

Also in June of 2015, the Supreme Court of Canada released its first decision on medical marijuana, ruling that its use was legal in all forms – not just to smoke – allowing approved people to use lotions, extracts, butters and other consumables.

Later in 2015, we elected a liberal government partly on the platform of legalizing and regulating marijuana for recreational use. Trudeau was likely following in his parents’ footsteps – his mother had been charged with possession and his father, in 1977, told students “if you have a joint and you’re smoking it for your private pleasure, you shouldn’t be hassled.”

In February of this year, the Federal Court found it unconstitutional to prohibit medical marijuana patients from growing their own supply. This month the government enacted laws in compliance with that decision.

Next year, the Liberals are set to introduce laws legalizing and regulating marijuana use. The plan will likely earn the government millions in tax revenue and save the considerable cost of prosecuting and jailing people for marijuana offences.

Now, even mainstream companies like Shoppers Drug Market and Loblaws are trying to position themselves to distribute marijuana, knowing full well it will be a massive source of private profit, thereby completing pot’s 94-year journey to mainstream acceptance.