You have seen this movie already 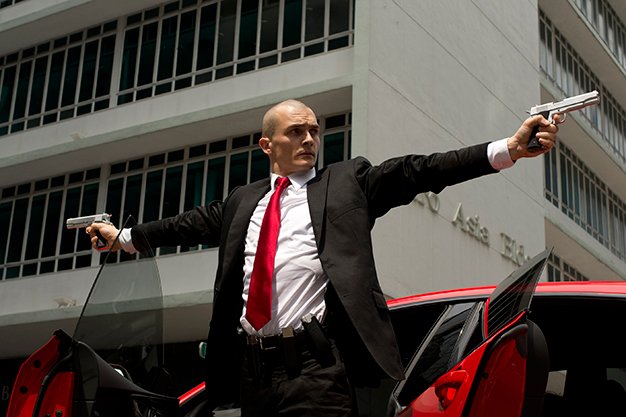 The title Hitman: Agent 47 should indicate that you’ve seen this kind of movie at least 46 times before.

This is not a sequel but an attempt to reboot 2007’s failed and forgotten film adaptation of the Hitman video game franchise. Here, Homeland’s Rupert Friend replaces Timothy Olyphant as the blank, genetically modified assassin with the barcode tattooed to his head, an actor switch that makes little difference for to character and the movie in such factory fare.

Agent 47 is on a mission to locate his creator (Ciarán Hinds), a scientist being hunted by nefarious types who plan to use his daughter Katia (Hannah Ware) to achieve their goals. Zachary Quinto shows up in the role of Katia’s protector, much like Kyle Reese against 47’s Terminator. Spotting the influences, from James Cameron to the Wachowskis, is its own pleasure in a movie that recycles and toys with classics liberally and illogically.

Director Aleksander Bach has style to boot, luxuriating in crisp and elegant compositions that unfortunately don’t tie together into a very coherent narrative. You’d think a movie based on a video game would have more streamlined action sequences instead of the muddled shootouts here.