NOW MagazineNewsHIV is not a crime

HIV is not a crime

Someone I had unprotected oral sex with was HIV-positive. In the eyes of the court, he should bear the full weight under the Canadian judicial system for failing to disclose his status to me. 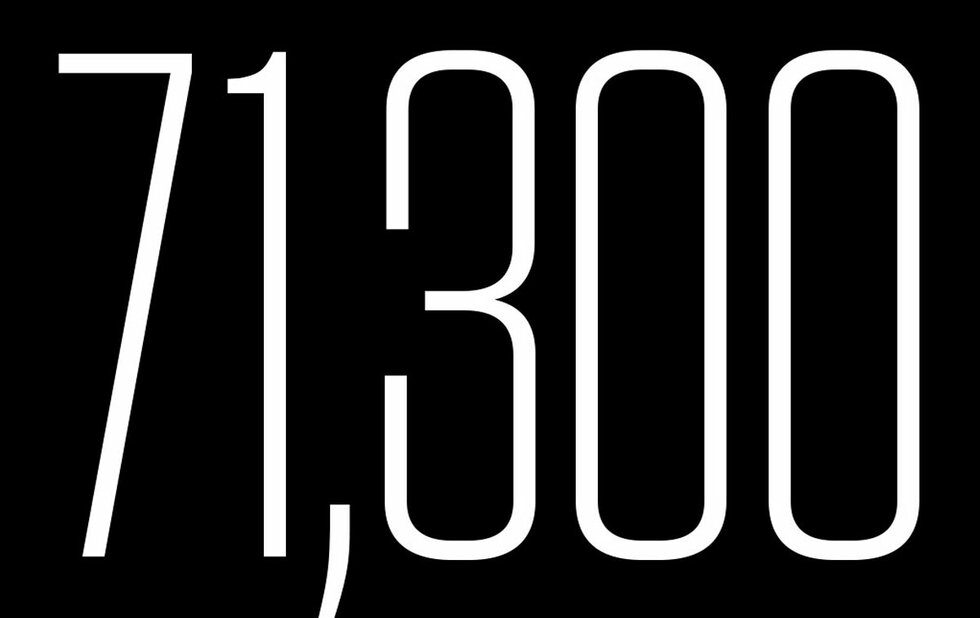 Estimated number of people living with HIV in Canada. A quarter are women

A little over two years ago I found out someone I had unprotected oral sex with was HIV-positive.

I barely knew this person, having met him that same night. We hooked up at a show during Calgary’s Sled Island Festival, behind a life-sized diorama depicting an idyllic beach complete with palm trees, surfboards and sand. What happened was a fun, drunken sexual encounter between two consenting adults.

I didn’t think to ask him about any sexually transmitted infections (STIs) he might have, nor did he offer any such information. Mine is a narrative commonly played out by young people in their early 20s, often fuelled by drugs or alcohol. According to the Canadian Foundation for AIDS Research (CANFAR), young adults aged 20 to 29 account for a quarter of all Canadians diagnosed with HIV or AIDS. Since 2000, the proportion of AIDS cases among youth has grown significantly, increasing from 26.3 to 43 per cent.

After finding out his status from a mutual friend, I was scared and angry. Admittedly my knowledge of the realities of HIV was average at best. I reached out to ask why he hadn’t told me.

The answers I got back were ones I had never heard before. He told me he had “a low viral load,” which by conventional scientific standards means the risk of transmission was low to negligible.

Someone can have a low viral load by sticking to a regimen of antiretroviral drugs. A growing body of research suggests that if someone’s viral load stays low for a period of six months, the virus can become undetectable, which means they can’t transmit HIV.

While the risk of developing disease are higher if you have HIV, new and better drugs have made the odds of developing full-blown AIDS much lower than they were in the 80s, when an AIDS diagnosis was considered a death sentence.

But two decades of HIV-related indoctrination kept nagging at me.

A consensus report released in 2014 by the Canadian Journal of Infectious Diseases and Medical Microbiology says the probability of transmission, regardless of the type of sexual activity or viral load, is low and becomes negligible when a condom is used.

But according to current trends in Canadian law, what happened between us could be considered rape.

A realistic possibility of gross disproportionality

In the eyes of the court, the person I was involved with should bear the full weight under the Canadian judicial system for failing to disclose his status to me.

Failure to disclose one’s HIV status is prosecuted as aggravated sexual assault, commonly known as rape. According to the Criminal Code, this law applies to someone who “wounds, maims, disfigures or endangers the life of the complainant.” A conviction carries with it a sentence of anywhere from five years to life imprisonment, along with a lifelong branding on the Sex Offender Registry.

Cécile Kazatchkine, a lawyer with the Canadian HIV/AIDS Legal Network, tells me it’s unknown how many of those charged have been convicted. (Researchers are currently putting together those statistics.)

But in November, the United Nations Committee on the Elimination of Discrimination Against Women called on Canada to end its broad criminalization of people living with HIV. The committee recommended that the law in Canada be applied only to those who intentionally transmit HIV. In particular, it asked for a review of the application of serious charges such as aggravated sexual assault to women who do not disclose their HIV status to their partners when there is little risk for transmission or when transmission did not occur or was unintentional. This is what some HIV/AIDS activists have been saying for years.

The 2014 consensus report outlining the probabilities of transmission was put together to help our courts interpret current scientific data.

But the current norms regarding the courts’ handling of HIV cases suggest that enforcement in Canada is influenced by stigma, fear, homophobia and even racism. A recent study by York University academics of media coverage of criminal cases involving non-disclosure between 1989 and 2015 reveals that 69 per cent focused on Black and/or immigrant men, even though they make up 20 per cent of the people charged.

A long list of proceedings and precedents govern how the Supreme Court of Canada decides what it thinks we should feel when someone fails to disclose their status.

Most recently, a 2012 ruling (R. v. Mabior) states that a “realistic possibility” of transmission triggers the obligation to disclose. In this case, the court suggested both that a condom must be used and a low viral load be maintained in order to negate a criminal conviction. Even though HIV was never transmitted, the case hinged on the failure to disclose.

Let the punishment fit the crime

Alexander McClelland is an activist and sociology and criminology researcher at Concordia University. His current work focuses on the first-hand experiences of people with HIV charged in Canada. He’s been following 14 cases, 12 of which involve multiple charges, including aggravated sexual assault. His work brings him face to face with our country’s idea of who is a sexual offender.

What McClelland’s research gives us is a perspective wholly absent in the broader discussion of HIV – that of those on the receiving end of our policies. He says everyone he has interviewed has attempted suicide at least once since being charged.

Two of the women he spoke to for his research, he says, were raped, and while reporting this to the police they were subsequently charged with failing to disclose their HIV status to their rapist.

The violence that can result from criminalization of non-disclosure is exponential, McClelland tells me.

“Dirty charges” like rape often result in severe beatings in prison that only intensify when someone has HIV. One man interviewed for his research was beaten so frequently in the general population that he was put into protective custody, housed with child murderers, pedophiles and people who committed violent rape. The beatings continued because prisoners in his new pod saw him as “more heinous than a child murderer” because he had HIV and was charged with rape.

McClelland told me that this man had broken up with his boyfriend, who then went to the police to complain about his failure to disclose. But the ex had allegedly known about his former partner’s HIV status throughout their relationship.

While these examples are extreme, Kazatchkine says her best guess is that at least half the prosecutions in cases of HIV non-disclosure have involved no transmission of the virus.

A research paper released in 2012 by the Canadian Journal of Law and Society – Who? What? Where? When? And With What Consequences? An Analysis Of Criminal Cases Of HIV Non-disclosure In Canada – revealed that 40 per cent of convictions in more than 100 cases involved no transmission.

McClelland says some women living with HIV have started cataloguing and freezing used condoms in an effort to protect themselves from the possibility of prosecution.

Michael Schneider is the Positive Youth Outreach (PYO) coordinator at the AIDS Committee of Toronto (ACT). He argues that the issue of disclosure is not as cut and dried as the courts make it out to be. Things like a person’s immigration status and language, as well as fear of rejection, prosecution, violence and abandonment all play into decision-making about whether or when to disclose your status.

“It’s not a gingerbread cutout for everyone,” says Schneider.

These fears are real for many people living with HIV. Immigrants have been deported after court proceedings regarding HIV disclosure. Women and men can face many different forms of violence after disclosing their status. In 2007, Stuart Mark’s boyfriend beat him to death with a golf club after Mark disclosed that he had HIV.

A growing body of empirical research suggests that criminalizing HIV negates the effectiveness of safe sex campaigns. Where once there was an emphasis on dialogue and transparency, now there is fear and punishment. Activists argue that the fact that people can be charged for non-disclosure provides a false sense of security and removes accountability from consensual sex.

After my experience with non-disclosure, I felt some resentment. But while researching this article, I reached out to the person who didn’t disclose to me. We talked about the assumptions we’d both made about each other. It felt good to talk and air our grievances.

Read more from this week’s Being HIV+ package here.