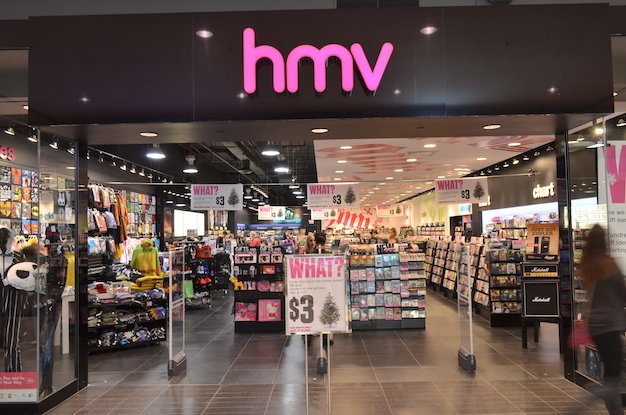 Increasing rent prices in the city’s luxury shopping district are forcing music retailer HMV to shut its 50 Bloor Street store at the end of March.

The closure leaves five HMV locations in Toronto: the flagship store at 333 Yonge Street, the store at Eglinton and Laird and stores in the Eaton Centre, Dufferin Mall and Sherway.

“It comes down to economics. We’ve been desperately trying to find a way through with the landlord,” Nick Williams, HMV’s president and CEO, told NOW. “As you would expect the rent price on Bloor Street is prohibitive for most. We’ll look at what opportunities will become available elsewhere in that area but we just couldn’t make it work in that particular unit.”

Williams could not say when a new store would open but he is searching for a 4,000-to-5,000-square-foot space in the same neighborhood. HMV faced a similar issue in Dufferin Mall when a rent increase forced that location to close for a year. It recently reopened in a new unit near the food court.

Although the consumer shift to digital music formats and streaming services has caused a decline in a physical music sales, Williams says HMV’s Toronto stores are still profitable.

In 2011, HMV Canada was acquired by Re:Capital, a subsidiary of London-based restructuring firm Hilco Capital (the company also acquired HMV’s former UK parent two years later), which expanded the store’s products from CDs and DVDs to include an e-commerce platform, vinyl records, headphones and accessories, apparel, and gifts and collectibles related to music and film.

Vinyl is a particular growth area. Records are now available in 65 of HMV’s Canadian stores and heavily represented on shelves in its flagship locations in Toronto, Montreal, Vancouver and Edmonton. Williams says vinyl represents 20 per centof HMV’s overall sales so this year he plans to expand vinyl sections in smaller stores as well.

“[The market] is not as ever changing as it has been previously,” he explains, adding that CD sales have flattened out. “You have a consumer settling in and buying CDs and buy a lot of them, and you have those that are now buying and exploring, for the first time, vinyl.”

According to media reserach firm Nielsen’s 2015 Canadian music industry market report, total album sales dropped by 3 per cent from the year prior while CD sales were down 8 per cent year-over-year to 15.2 million. Meanwhile, vinyl sales were up 30 per cent over 2014.

Other major Canadian music retailers have not weathered the market changes as well as HMV.

In 2014, Sunrise Records shut down its remaining two downtown locations and Sam The Record Man’s iconic Yonge and Dundas location closed in 2007.

There are 106 HMV locations across Canada – down from 113 stores in 2012. Williams says the company is planning to open two more stores in British Columbia soon.