HOBBYHORSE REVOLUTION (Selma Vilhunen, Finland). 90 minutes. Rating: NNNN Hobbyhorse Revolution has to walk a difficult line: it's a serious look at a. 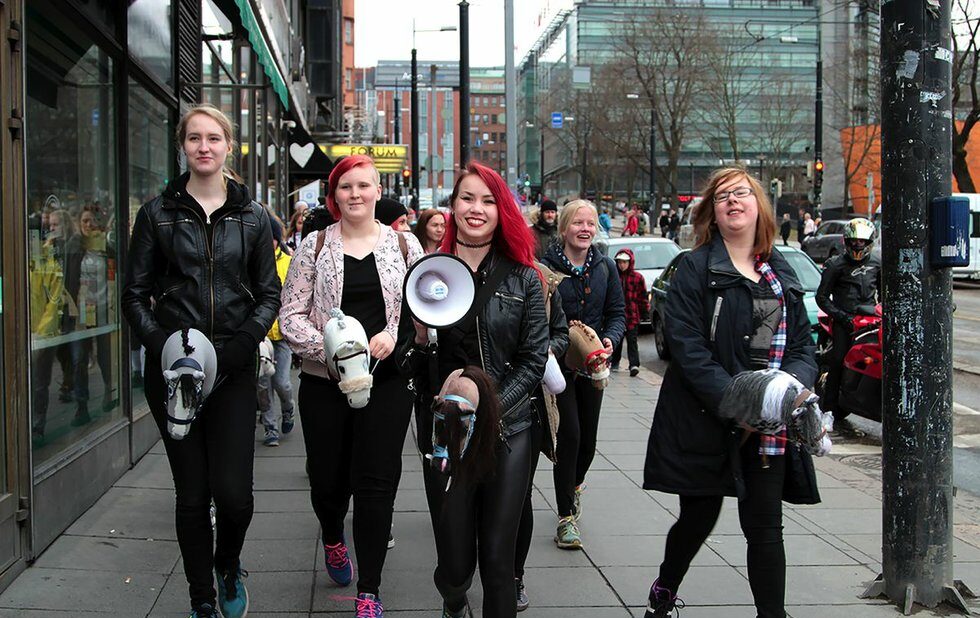 Hobbyhorse Revolution has to walk a difficult line: it’s a serious look at a loose subculture of misfit Finnish teen girls who find comfort and support in, well, jumping around while riding a stuffed-animal horse’s head mounted on a stick.

To an outsider it looks ridiculous, but that’s the point – these girls are using the hobbyhorse as an assertion of power and an expression of spirit. They’re owning the ridiculousness and taking it somewhere else. It’s the purest punk impulse: be weird, but be weird together.

Director Selma Vilhunen finds exactly the right tone. She shows us how much of themselves her subjects invest in their hobbyhorsing. They craft elaborate routines to compete in a national dressage competition and even organize a climactic flash mob – and it’s thrilling.

The film has the tension and triumphant energy of a great sports picture. You’ll stand, you’ll cheer, you’ll wonder what to name your horse.