NOW MagazineNewsHole lotta terror for nothing

Hole lotta terror for nothing

The story of the north Toronto tunnel. 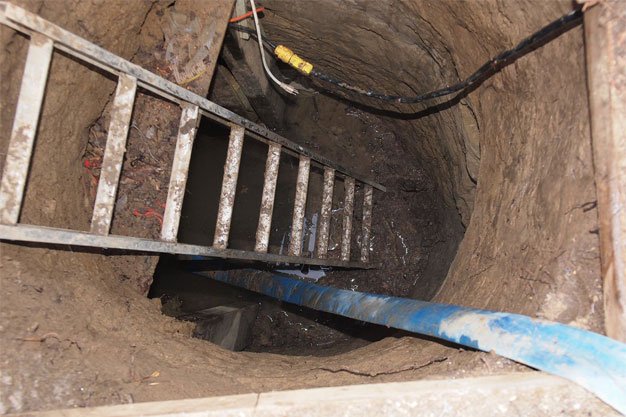 The story of the north Toronto tunnel to nowhere went viral, and by the time the mystery was solved on Monday, March 2, only a little uncertainty hung in the air after the reassuring answer that it was dug for shits and giggles.

So ended the latest imaginary terror threat to grip a nation, and this time it was the cops downplaying rather than ratcheting up the fear factor. (Was that because they came to the story late?) Like every other country, we have a history of odd ones. And national security forces had reportedly been alerted after the CBC broke the story of the tunnel’s existence, though the OPP heading up security for the Pan Am Games didn’t seem concerned. And we weren’t too worried, because a rosary and poppy had been found in the bunker. Sometimes a hole in the ground is just a hole in the ground.

With files from Ben Spurr.