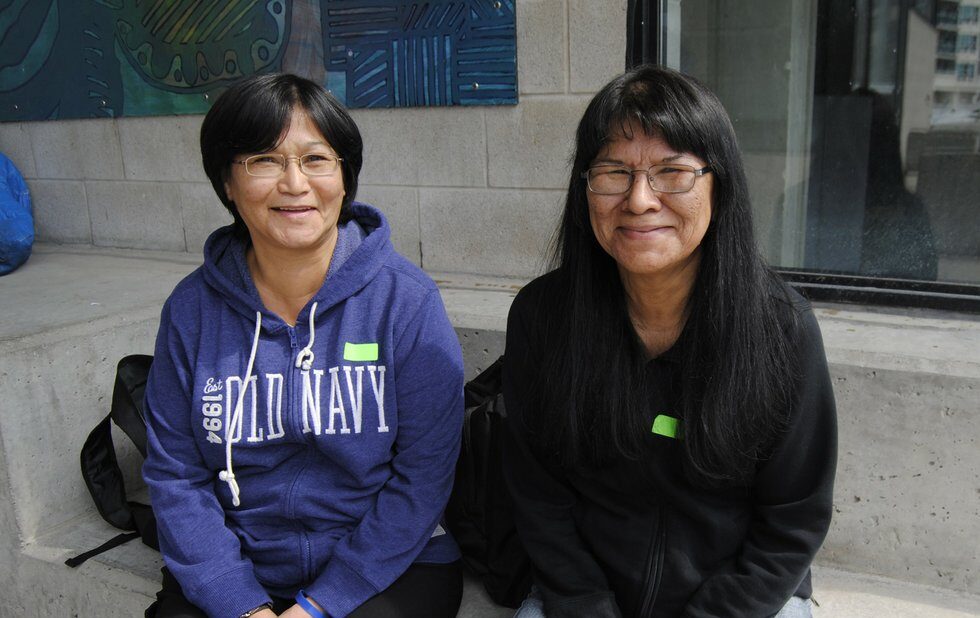 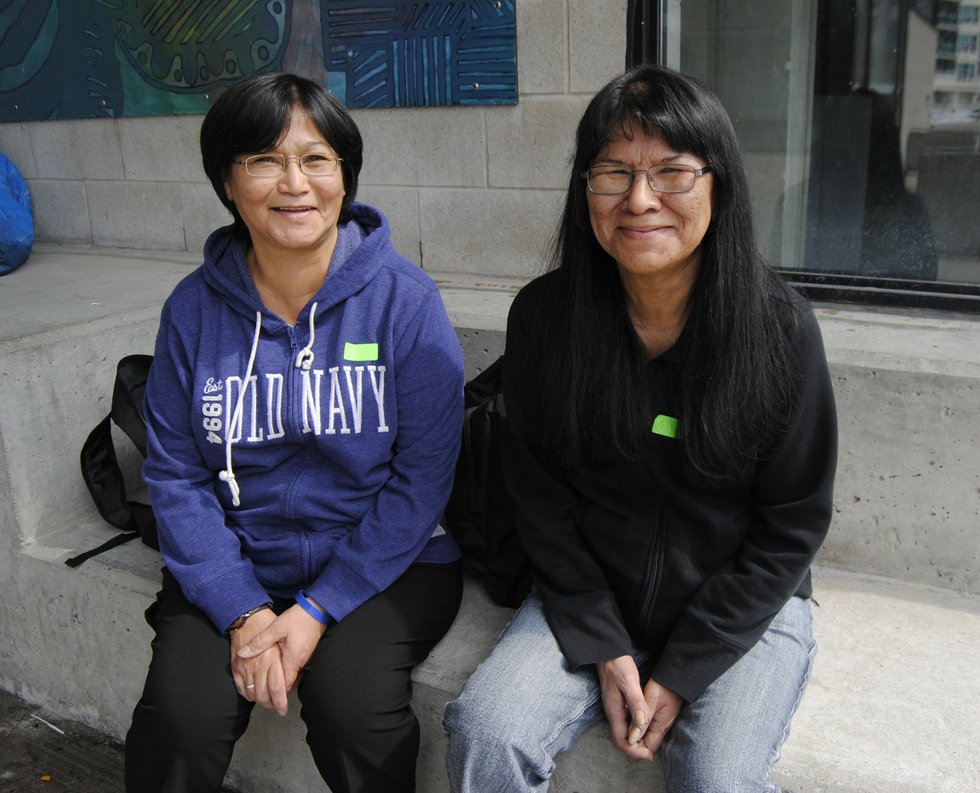 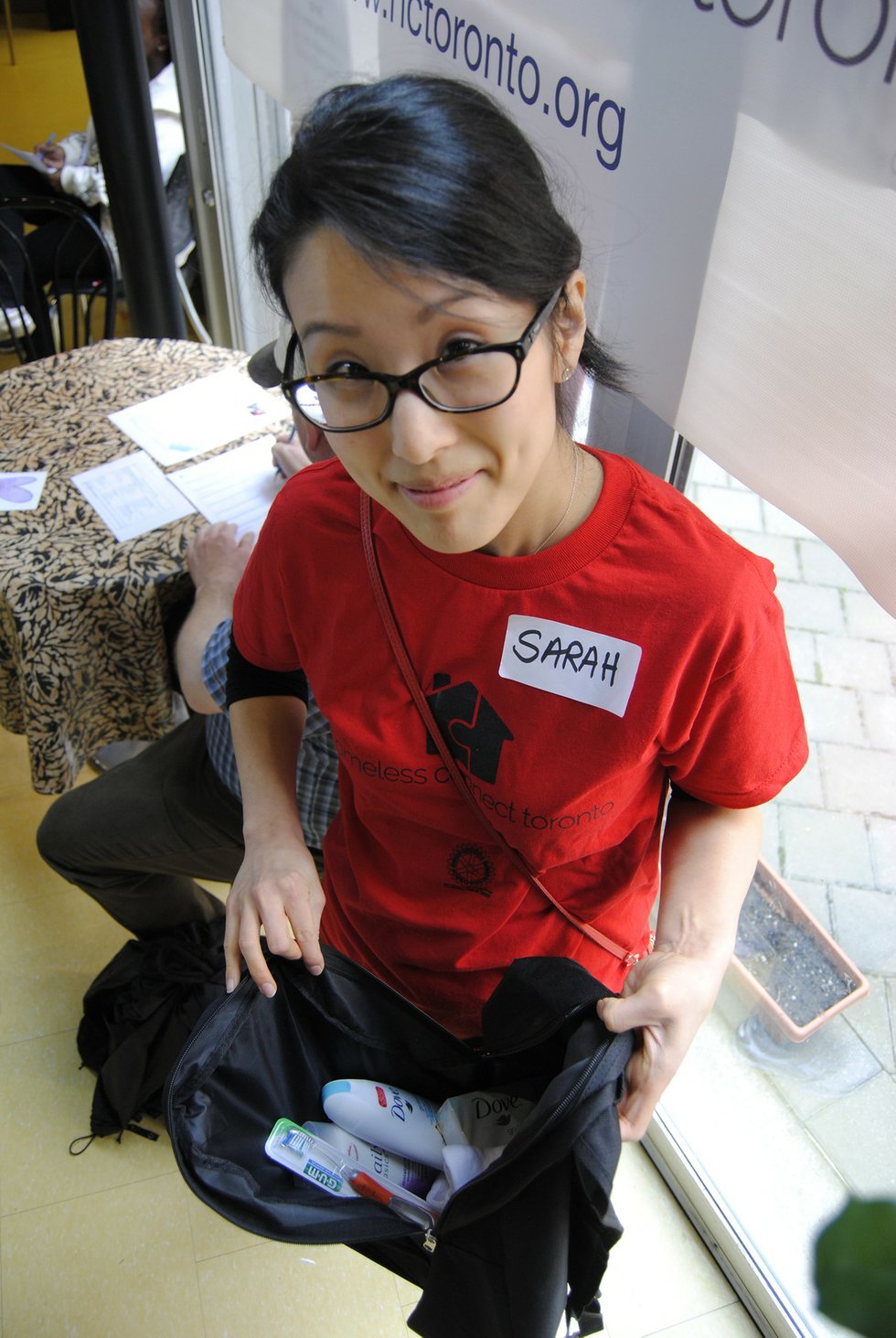 Marie Ranger has lived on the streets on and off for 10 years. For four months she’s been living in a shelter. On April 13, she filled out an application for housing at Homeless Connect, Toronto’s first-ever one-stop event for people on the margins and at-risk.

“The help was good today,” she said. “I got my hair cut and my eyes examined and I didn’t know they would do that here.”

She wasn’t the only person pleased with the day. People voiced their thanks, saying the day was “excellent,” to Melody Li, executive director and coordinator of Homeless Connect.

Li got involved with the organization when she saw the program working well in Edmonton. After two years of organizing, seeing approximately 300 people looking for help at the Harbourfront Community Centre on Sunday was an “amazing success,” she said.

The event brought together 50 different services and programs, including the Salvation Army Neighbourhood Link, which provides jobs, housing, senior and youth engagement services and Justice for Children and Youth, offering legal representation to low-income youth. Toronto Public Health organized a dental clinic and volunteers from the Toronto Library handed out library cards.

The busiest service was the foot care clinic, which provided pedicures. One woman said she wasn’t able to take care of her feet because “someone stole [her] pedicure kit.”

Some of the “luxury services” offered were haircuts by Donato Academy of Hairstyling & Aesthetics eye exams given by the Vision Institute and a chiropractic clinic.

Elaine Friday and Jemima Sutherland are from “up north” and have been living in a shelter for the last four months.

It had been almost a year since Friday’s last haircut. “I got a haircut. I got my eyes checked. And, I got a library card,” she said.

“It was good because everything was here so we don’t have to run around trying to figure out where to go,” she said. “Normally it’s hard to go from one place to another place when you don’t have no sort of transportation.”

Shuttle buses ran all day between various drop-in centres and shelters and the Harbourfront Community Centre.

Sarah Park, Communications Chair with Homeless Connect said the success of the day was written all over people’s faces. They came smiling and left smiling and “felt safe enough to talk to strangers and spend the whole day with them,” said Park.

“I was astounded by the volunteers being very open, very accommodating and keeping the integrity of the people that they’re serving. That’s a huge success.”

There were 150 volunteers at the event and enough food to serve 900 meals of roast chicken and rice provided by Friends Catering, a social enterprise that works with the underemployed.

Li explained that working with Friends Catering means that her organization could support the agency with sponsorship funding, enabling Friends to “continue doing work with people who are trying find purposeful employment.”

The inaugural event helped the city’s homeless gain access to social programs and essential services and Li hopes to have another event either in the fall or next spring.

“A lot of the guests appreciated the services that they were able to see and access,” she said.

Li was happy to have politicians there to recognize the need for access to affordable housing saying “it’s important for it to be communicated to all levels of government.”

NDP MP Mike Sullivan attended the event and said there is a need to “re-establish housing supports in this city.”

Homelessness is not only people who already live on the streets. “It’s people who are couchsurfing or whole families who have had to move into a small apartment,” he said. Sometimes families will share one apartment “for months, even years at a time, because they don’t have access to affordable housing.”

The problem of apartments packed beyond capacity “is chronic in this city as we discovered in the fire in Kensington. When there’s overcrowding, real danger occurs.”

Last month a three-alarm fire in an illegal rooming house in Kensington Market killed two people and sent 10 to hospital. There were 12 tenants on the second floor, four units on the third floor and only one exit.