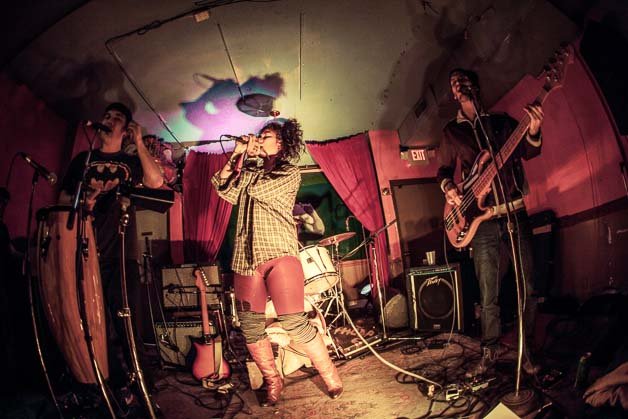 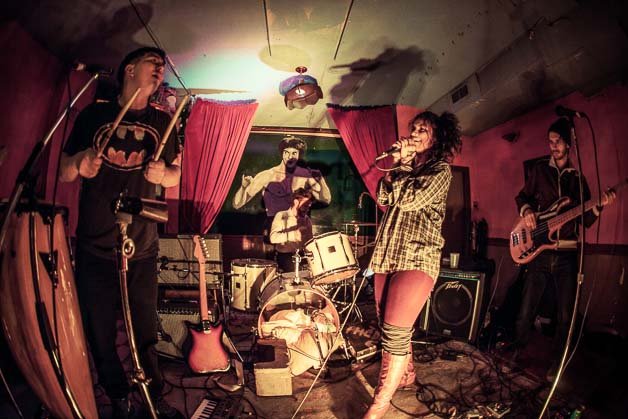 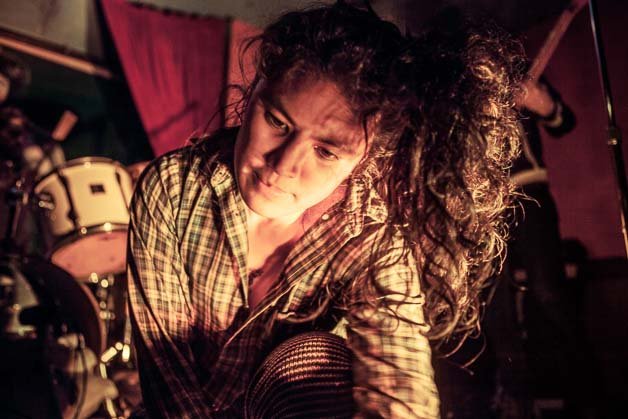 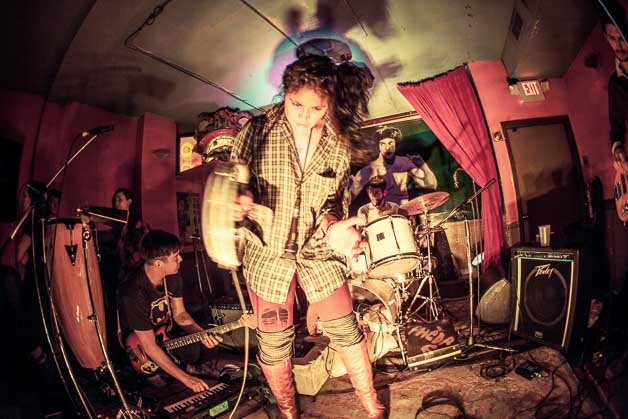 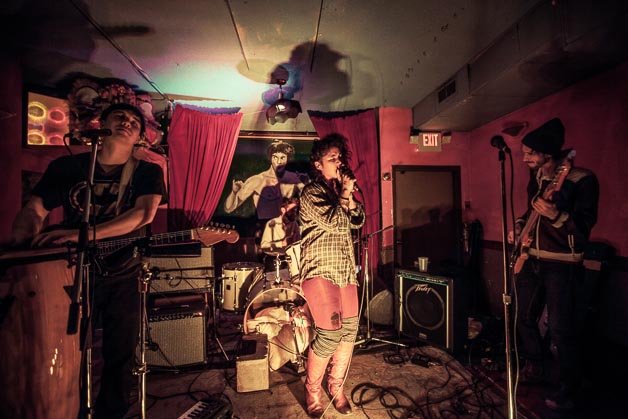 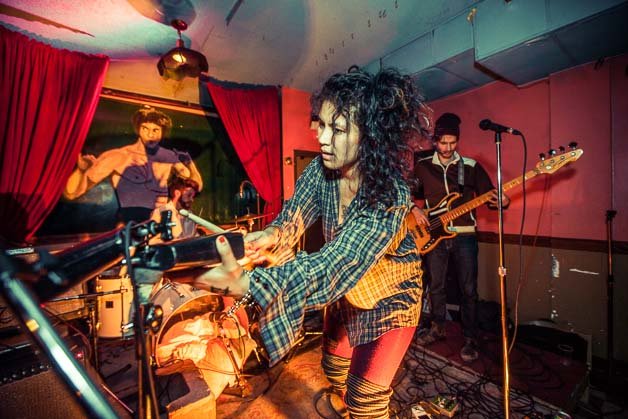 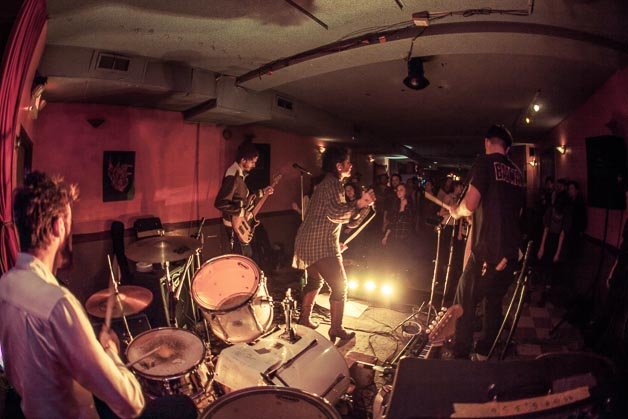 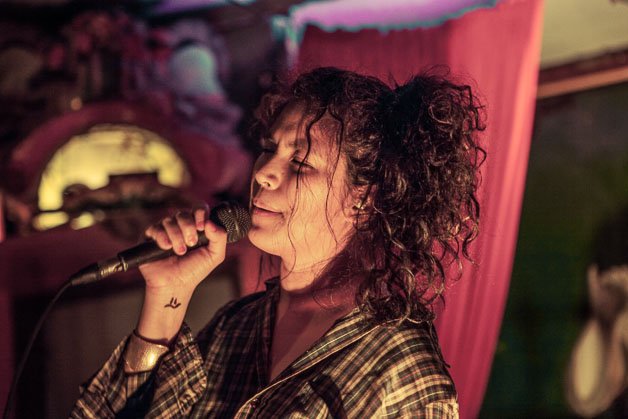 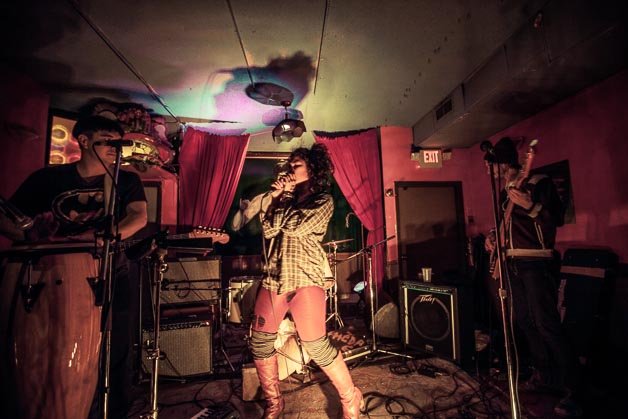 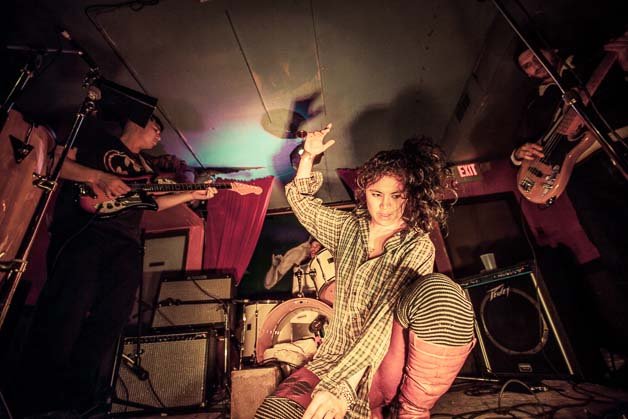 Smiling Buddha hasn’t changed that dramatically since the new owners took over, but just enough work has been done that it feels a lot less makeshift than it used to, while still maintaining that comforting dive bar feel. The changes have also attracted booker Mark Pesci (formerly of Parts & Labour), who kicked off his new gig with a quirky concept show featuring Toronto surf punks Hooded Fang doing something a little different than their usual live set.

Hooded Fang have admitted in the past to being big fans of the legendary NYC punk-funk band ESG, but that influence isn’t normally audible in their jangly indie pop. This gig was different though, as they were doing an entire set of ESG covers to pay tribute to the influential underground heroes. While they didn’t attempt to reproduce the originals note for note, they did do a great job at approximating the overall sound and feel, and resisted the temptation to dress up the starkly minimalist percussion and bass grooves with unnecessary ornamentation. Lots of fun, but it made you wish they’d start a side project and explore these ideas in new songs, rather than just a tribute show.