Last month, Daesh forces (aka IS) launched a surprise offensive against five separate targets in Kurdish-controlled northern Iraq. It was. 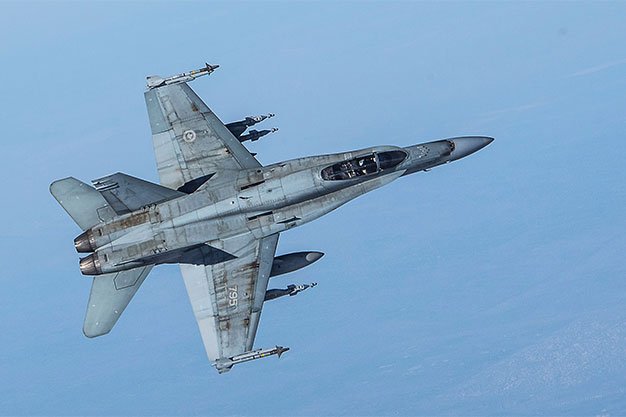 Last month, Daesh forces (aka IS) launched a surprise offensive against five separate targets in Kurdish-controlled northern Iraq. It was quickly confirmed that members of the Canadian Special Operations Regiment (CSOR) deployed in the area as trainers were involved in the combat effort to contain and ultimately repel the Daesh attackers.

Fortunately, there were no Canadian casualties during the 17-hour battle, or else the Department of National Defence would have been under more pressure to explain why our trainers were in the thick of a firefight in the first place.

In Afghanistan, a large number of Canadian soldiers participated in the Operational Mentoring and Liaison Teams (OMLT) program, going into combat to bolster their Afghan counterparts.

The Canadians in Iraq do not have a mentoring mandate they are trainers. And despite the bluster fed to the all-too-willing media analysts, soldiers do not do their training on the front lines.

Of more importance than dissecting the difference between combat and engaging the enemy in self-defence, as happened after the attack, is the fact that Daesh was able to mount such a significant multi-pronged offensive.

For months now, we have been reassured by NATO and American Pentagon spokespersons that the allied air campaign has successfully contained Daesh in Iraq. Canadian officials repeatedly bragged that we had Daesh on its back foot that is, off balance and on the defensive.

When the Harper government was in the process not only of extending the bombing campaign in Iraq, but also of illegally expanding it to include targets inside Syrian sovereign territory, the rationale given was that Daesh had largely pulled out of its Iraqi strongpoints. The paucity of identifiable bombing targets in Iraq meant that our pilots had to hunt Daesh evildoers in their Syrian lairs. That this would mean violating international law mattered squat, because the Americans were already doing it, and, hey, those beheading guys are really, really evil.

Barely six weeks after Canada began bombing in Syria, Daesh sprang forward off its back foot with a major offensive in central Iraq. The U.S.trained and equipped Iraqi security forces in the city of Ramadi didnt just flee in the face of the Daesh attackers they made sure that all the equipment and arms they abandoned were fully serviceable. In one fell swoop, Daesh came into possession of more armoured vehicles, heavy weapons and munitions than the allied air campaign had destroyed to date.

The May 2015 Ramadi setback also contradicted NATOs faulty intelligence assessment that Daesh had fled into Syria. Despite all of NATOs cumulative high-tech surveillance including satellites and Canadas CP-140 Aurora patrol aircraft low-tech Daesh fighters took us completely by surprise.

How is it that these sandal-wearing, Kalashnikov-toting maniacs are able to evade and elude the worlds most sophisticated observation capabilities?

The same question could be asked about NATOs failure to detect the Daesh buildup prior to the December 17 assault.

Sure, in the end the Kurdish peshmerga militias, aided by allied combat planes, were able to regain the lost territory. And, yes, for those who just love it when our lads and ladies are in a real shooting war, last Thursdays skirmish was the stuff of old-fashioned matinee movies. Guns ablaze, the good guys give ground. Then the cavalry arrives (in the form of modern combat jets) and the bad guys get blasted to bits.

This little bit of drama with a Canadian contribution has fuelled the warmongers calls for Prime Minister Justin Trudeau to rethink his position on withdrawing our CF-18s from the allied bombing effort.

And already the Liberals have revised their election promise to end the combat air mission against IS. Their current position is simply not renewing Canadas present commitment beyond Harpers originally approved mandate, which does not expire until the end of March.

There is a huge difference between ending a mission and not renewing a mandate, and the pro-war hawks sense a weakening of will on Trudeaus part.

However, what the December Daesh offensive actually illustrated is that after more than 15 months of aerial bombardment, the group is still very much on its front foot.

While it is true that Iraqi security forces, backed by overwhelming U.S. air power, temporarily recaptured the centre of Ramadi at the end of December, Daesh fighters continue to stubbornly battle in the suburbs.

If the current strategy is failing, then continuing to do the same thing in perpetuity makes no sense.

It took 15 years to figure out that we could never win in Afghanistan, and in Iraq we still dont even have a plan for what victory would look like.