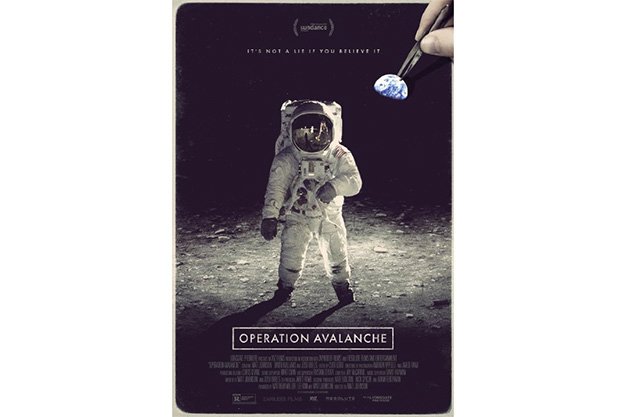 Toronto director Matt Johnson’s Operation Avalanche – a comedy about the faking of the July 1969 moon landing – will have its Canadian premiere in the newly expanded Doc X program, it was announced at the Hot Docs press launch this morning.

The film was shot clandestinely with actors in actual locations, which technically makes it a hybrid of fiction and documentary – and hybridization is a major aspect of the Doc X program, which will also feature live performances, interactive installations and virtual-reality exhibits at the new Hot Docs House (610 Markham Street) and select festival venues.

The festival’s opening night gala, Rama Rau’s League Of Exotique Dancers, examines the glory days of burlesque – and the culture that gave rise to it – through the eyes of the members of Las Vegas’ Burlesque Hall Of Fame. And another burlesque legend gets her own showcase in Tempest Storm, Nimisha Mukerji’s history of “America’s oldest living sex icon.”

A pair of NFB productions follow political angles: Zaynê Akyol’s Gulistan, Land Of Roses examines the female counter-ISIS movement in Kurdistan, while Tiffany Hsiung’s The Apology looks at three women who were among the 200,000 “comfort women” used as sex slaves by the Japanese Army during the Second World War.

The Apology is one of six films selected for the Scotiabank Big Ideas treatment, in which the festival augments a given entry with a special post-screening conversation. The other titles include O.J.: Made In America, The Happy Film, What Tomorrow Brings, Southwest Of Salem: The Story Of The San Antonio Four and Tony Robbins: I Am Not Your Guru, which will feature an on-stage conversation between Robbins and director Joe Berlinger.

The Nightvision program returns with a selection of fringe titles that includes Fear Itself, an examination of horror movies from director Charlie Lyne, and Michael Shannon Michael Shannon John, Chelsea McMullan’s tale of four half-siblings – two named Michael, two named Shannon – investigating their father’s secret history. (I feel like I should point out that the actor Michael Shannon is not part of this story.)

The festival introduces two themed programs: Command + Control examines geopolitics at a personal level selections include Vitaly Mansky’s Under The Sun, a clandestine project about North Korean propaganda, and Andreas Koefoed’s look at child refugees in Denmark, At Home In The World. And The Pursuit Of Happiness examines its eponymous concept in treatments as varied as Jay Cheel’s How To Build A Time Machine, about two men half-seriously working on ways to change their past, and Paul Refsdal’s Dugma: The Button, about two would-be martyrs looking to blow themselves up for Al-Qaeda. (I’m most intrigued by Dean Fleischer-Camp’s Fraud, a fictional history of a family constructed out of 100 hours of home-movie footage the filmmaker found on YouTube.)

This year’s national spotlight, Made In Australia, gathers a wide range of programming from Down Under at a glance, its centrepiece appears to be Eva Orner’s Chasing Asylum, about the country’s deplorable refugee policy, but keep an eye out for the short film Let’s Dance: Bowie Down Under, a look at the Aboriginal township where the late rocker filmed the video for his 1983 hit. It’s playing with Another Country, Molly Reynolds’s look at the ravaged Yolngu community of Ramingining.

As previously announced, the subject of this year’s Outstanding Achievement Retrospective is Steve James (Hoop Dreams, The Interrupters and the Roger Ebert study Life Itself), who’s also selected a screening of the late Haskell Wexler’s docu-fiction hybrid Medium Cool for the festival’s Redux program.

And the Focus On honouree is Edmonton documentarian Rosie Dransfield, whose films Beaverman and The Dog Walker will be among those screened in a mid-career retrospective.

That’s just a sliver of the programming to be screened at Hot Docs 2016 you can find the full schedule here. Single tickets are available for all screenings as of today, so get cracking.