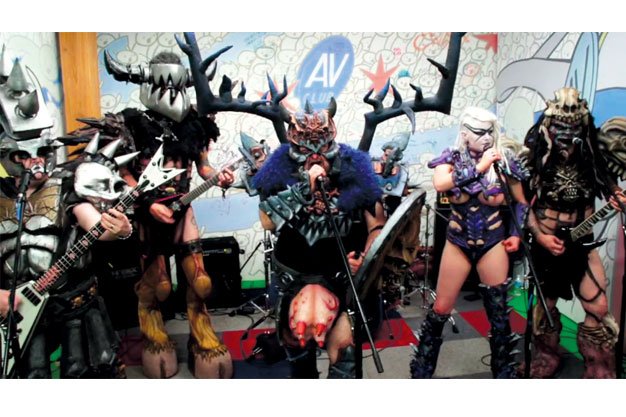 Sure, Gwar had fire-dancer Slymenstra Hymen in the band for many years, but it was still a surprise to find out that they’d brought on a female co-vocalist, Vulvatron, in the aftermath of leader Dave Brockie’s death earlier this year. In fact, it was a surprise they were continuing at all. (Blóthar, the original Beefcake the Mighty, is the other vocalist.)

Vulvatron is more than holding her own in the intergalactic shock rock band’s sacrilegious world of vulgarity, violence, gore and grossness. She’s mighty and empowered onstage, game for the fake-blood drenching and twisted sexual acts, and can give as good as she gets in interviews.

When asked by Metal Injection who she slept with to get the gig, she said, “Vulvatron’s sexual prowess is far superior, and although I slept with the entire band and management at the same time, they were not able to keep up.”