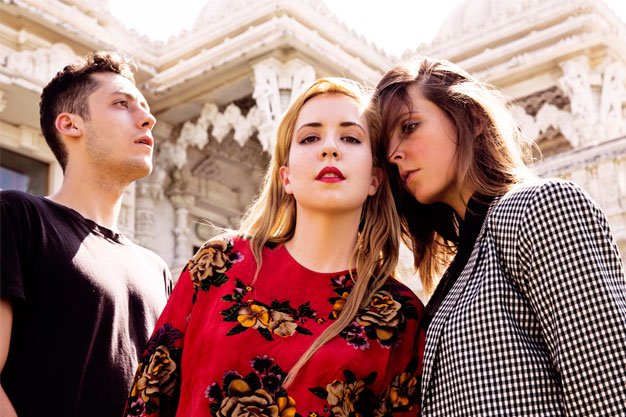 When Toronto synth pop outfit Austra broke through three years ago with their Paperbag Records debut, Feel It Break, all attention was on singer Katie Stelmanis‘s operatic training, thanks in part to soaring singles like Lose It.

Since then, Stelmanis, drummer Maya Postepski and bassist Dorian Wolf have refined their production chops on follow-up Olympia and expanded into industrial, techno and dub on this year’s instrumental-heavy EP, Habitat.

Fans nostalgic for Austra’s fluttering formative years are in luck. Opera will once again retake the spotlight at the band’s final show of 2014, giving Torontonians a rare opportunity to hear actual opera at the Opera House.

The gig features a performance by the Toronto Chinese Opera of Markham‘s Soong Kam Wing Music & Arts Centre, established 21 years ago with a mandate to educate Canadians in the art of Cantonese opera. Half the show’s proceeds will be donated to the Centre. Blue Hawaii and Petra Glynt open the bill.