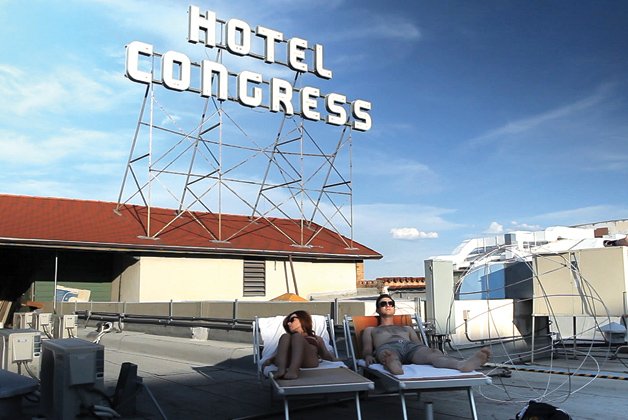 Produced as part of Ingrid Veninger’s $1K challenge, Hotel Congress takes place entirely within the confines of a Tucson hotel, where a woman (co-director Nadia Litz, who also wrote the screenplay) and a man (Philip Riccio) spend their time talking around a profound truth.

Made for virtually nothing, the movie is lean to the point of emaciation, but Litz and co-director Michel Kandinsky turn their limitations into assets, expanding the movie’s world through sound design and austere, precise compositions.

Litz’s dialogue uses evasion and allusion to explore who these people are – and, more importantly, who they might be to each other – while creating a deep sense of melancholy through their isolation.

Hotel Congress won’t be for everybody – what movie is? – but it’s a work of considerable intelligence and great promise.