How can we make Torontos all-ages scene safer?

Inside the historic main room of the Great Hall, three teenagers dance with flailing arms to the glitchy sounds of. 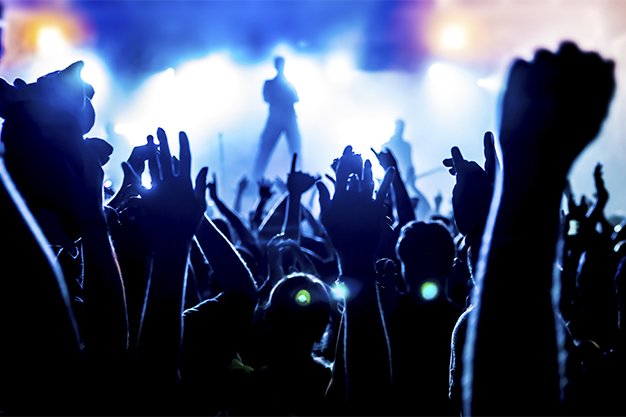 Inside the historic main room of the Great Hall, three teenagers dance with flailing arms to the glitchy sounds of local electronic musician Zoo Owl.

In another room, a group of young people pass around a water bottle filled with an amber-coloured liquid while Lido Pimienta performs in front of a green screen as part of a live-streamed DIY Boiler Room installation.

At the main entrance on Queen West and Dovercourt, a surly security guard tells an under-aged kid identified by big black Xs on his hands he cant come back inside. Youre high as a kite. You gotta go home before you get into some serious trouble.

The kid doesnt argue or resist. He just walks away from Long Winter, the monthly pay-what-you-can all-ages music and art series.

For a lot of teens, all-ages events like Long Winter are about more than seeing live music. Theyre about hanging out with friends, meeting like-minded kids, pursuing creative activities and discovering themselves in the process. Theyre also a chance to experiment.

At some shows its not unusual for attendees as young as 14 to smoke weed, consume MDMA and cocaine and sneak in bottles of hard liquor and wine, which are easy to share. Rebecca Rogers, drummer of Toronto indie rockers Pins & Needles, describes the atmosphere as young people needing an excuse to party somewhere thats not their parents houses.

The 18-year-old, whos been performing for nearly four years, says theres usually a lack of security near high-risk areas like bathrooms or backstage, leaving attendees and musicians vulnerable to danger. She and her female bandmates were catcalled by teenage boys at a show in February.

We felt physically unsafe because there wasnt a stage, so we were on the same level [as the audience], Rogers recalls. People were yelling things like, My friend wants to sleep with you! It doesnt feel right, but you feel like you dont have any power or authority. Everyones doing it, so you go along with it you play these shows, you go to these events.

In the spring of 2014, a 20-year-old who was 18 at the time and asked to remain anonymous for this story was repeatedly raped near Dundas and Spadina after someone slipped a drug into their drink at an all-ages show. At the event, no one checked IDs, and the promoter sold beer out of a cooler.

Although the survivor didnt report the assault to police because of the sorrowful number of rapes that get reported wherein the perpetrator is actually convicted, they did tell the owner of the venue. He said he was sorry but not legally responsible for anything that happened related to the premises, and the fact that I was drugged wasnt his fault.

A similar accusation made anonymously on Tumblr against Johnnyland, a youth-focused local promotions collective, spread on social media last October. Johnnyland responded on its Facebook page by saying its not an organization that would ever condone sexual or physical assault. Both posts have since been deleted. NOW reached out to Johnnyland founder Dan Drory-Lehrer several times but did not receive a response by press time. The promoter has safety teams made up of older teenagers and young 20-somethings to act as security at its shows.

But then theres all-ages venue D-Beatstro, which has made safety a priority since opening last year. Located at Bloor and Lansdowne, the space feels like a college dorm room, with black walls, mismatched furniture and board games stacked on shelving units. Its the brainchild of Jess Montebello, who grew up going to ska shows at the now defunct all-ages Bathurst venue the Big Bop.

For Montebello, 25, and co-owner Chris Cammarata, 30, eliminating alcohol is essential to creating a safe space. D-Beatstro doesnt have a liquor licence and is strict about keeping out bootlegged booze and intoxicated patrons. They also believe fostering a community helps keep everyone safe. To get young people to care, they give them the opportunity to book their own shows.

Ive been booking all-ages shows for over 10 years now, and finding a physical space has always been the biggest barrier, says Montebello. Were one of the only spaces where a 16-year-old can book a show and not lose $500, adds Cammarata. It costs $100 to rent the space for the night, and the promoter and performers get to keep 100 per cent of door sales.

Likewise, Long Winter sees the safety benefits in involving teens in the organizing process. Mike Haliechuk, one of the founders and a member of Fucked Up, says theyd like to have a younger contingent to act as liaison between the under-agers and the 19-plus crowd. In the meantime, they rely on security staff at the Great Hall, where most of their events take place, to check IDs, bags and coats and keep an eye out for dangerous behaviour amongst the 1,200 or so people who pass through on a busy night.

Organizers take on some responsibility, too. Ive had to carry people out of the building to their rides, says Haliechuk.

Thats the reality: no matter the beefy security and zealous checks, there will always be kids doing kid stuff, as Haliechuk puts it. A couple of years ago the event started to skew really young, and we had to have an internal debate about whether we were going to keep it all-ages, because kids were getting a little crazy.

We decided all-ages was important. I came up through the Kensington Market punk scene, going to shows at [DIY space] Whos Emma, and then I started booking there. Thats what we want with Long Winter: to be an incubator for kids.

Since its formation in 2011, Long Winter has organized 28 shows, including next weeks collaboration with Heretical Objects Cooperative for INsulator, a site-specific music installation at the Artscape Sandbox on Wednesday (April 13) and 14. Long-running promoters Stuck in the City and Burn Down the Capital also regularly put on teen-friendly shows venues like Smiling Buddha and Hard Luck charge reasonable rates for all-ages events and DIY spaces Soybomb and Faith/Void have a youth-focused, inclusive ethos.

Deborah Daniel, however, feels we need to do better, especially when it comes to protecting female-identifying people in the local scene. She founded Women in Music and Art (WIMA), a new collective whose goal is to create an arts community that promotes and celebrates women while rejecting misogyny, racism and transphobia.

At WIMA shows, all of which are all-ages, Daniel hires safety staff to scour bags and coats for alcohol and drugs and continually check the washrooms. She says its not enough to recruit safety teams to act as security. It needs to be people outside of their peer group. And if someone is drunk, you dont just kick them out. You make sure they have a way of getting home, Daniel says.

Safety has to be a group effort, she says. It has to [involve] the musicians, the venue and the promoter. We all need to work together, because these are kids lives.

The anonymous survivor agrees. They still attend all-ages shows, and many are safe, but assault is not uncommon. Many people I know have had this happen to them, they say. There isnt enough support theres too much tolerance of abusive behaviours and almost always a lack of safety in spaces where music and art take place.

We need to change.