How to survive an unpaid internship

I walked away with more than $1,300 worth of swag at my cushy placement at a beauty magazine. 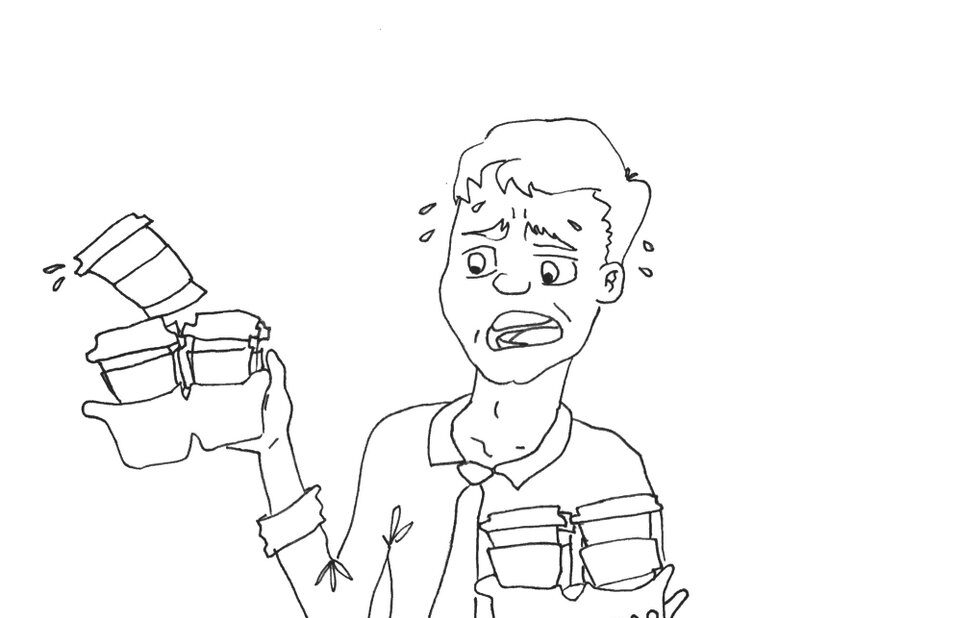 Depending on your gender, field of study and/or socioeconomic status, the idea of working for free is just about as enticing as babysitting your great-aunt’s yippy Maltese in exchange for a meatball sandwich.

But across Canada, more than 200,000 university students take part in internships (many of them unpaid) and “experiential learning” each year to earn their degree – this according to the Canadian Intern Rights Guide [PDF], which was published in November and is the first of its kind.

And thanks to Kathleen Wynne, internships for students in Ontario may soon become mandatory.

If you don’t like dogs, or meatballs, there are a few things you can do to make the most of an unpaid internship.

Take the easy way out

For many people, myself included, “unpaid” and “work” are two words that just don’t belong in the same sentence. But at the start of my final year of undergrad, I was forced to take on a full-time, unpaid internship.

So I applied for a cushy 10-to-5 placement at a beauty magazine that required zero overtime and very little stress on my part. It seemed like every other week someone in the office was celebrating an engagement or birthday, meaning I regularly enjoyed fancy team lunches that I knew I wouldn’t be paying for.

And after adding up the free food, product samples and gift bag I was given on my last day, I walked away with more than $1,300 worth of swag.

As an intern, it’s easy to feel your time isn’t valuable, says Emily Poulin, a Mississauga-based communications worker who’s seen both the ups and downs of working without pay.

When Poulin was in high school, she signed up for a full-time placement at a downtown music studio in hopes of learning the basics of audio engineering. But like many interns, she instead found herself going on coffee runs and occasionally shrink-wrapping CDs.

“I think the only thing I learned was [the staff’s] lunch orders,” said Poulin.

Her advice to those who find themselves in a similar situation: jump in with both feet. With internships, you’re supposed get what you put into it. And if that’s not the case, don’t be afraid to say something.

If you feel your internship has been mis-classified as instructive and it actually wasn’t and you wound up doing spending all your time picking up your colleagues’ cleaning, there is a way to file for wages. This process differs from province to province, but if you’re successful, your employer will pay you minimum wage for all hours worked during your internship.

Reporting problems to your instructor will ensure that other students won’t end up with the same shitty experience.

Who you know really does go a long way. This is especially true for industries like journalism, public relations and entertainment, which also happen to be flooded with unpaid workers.

During an internship, making connections and showing off your best work is crucial. Really rub it in their face.

As Faizon Love says during the toy store scene in Elf, “Make work your favourite. Work is your new favourite.”

Once you’ve made those bffs, don’t let them go. Follow your co-workers on social media and give subtle hints that they should follow you back. While interns don’t have a right to a letter of reference, it doesn’t hurt to ask.

And while cozying up to the big shots in the office might seem like the obvious move, it also helps to make connections with those who don’t play authoritative roles, even fellow interns. Because – who knows? – the dorky mail guy who smells like mushrooms may grow up to be the next Will Ferrell.

Getting stuck on coffee duty is generally the worst-case scenario for interns. Instructors will sometimes pull students from placements if they find out they’ve been spending their days collecting cuppas. But one intern found a way to turn his beans into cash and online fame. Because if you’ve got it, roast it.

In 2013, Mitchell Cohen took an unpaid internship at CBC Radio while studying for a master’s degree in journalism at Ryerson University. On top of completing his assigned tasks, Cohen impressed his co-workers with his skill at brewing the perfect pot of coffee. Word spread of his magic touch, and people soon started giving him tips, till he was making upwards of $20 per lunch hour.

Cohen disclosed the insider information on his campus news site. The story went viral and earned him even more street cred than the coffee itself.

While success stories like Cohen’s are rare, it does show that going into an internship with a positive attitude can pay off.

Or maybe all I’ve learned is that internet fame really is the best kind of unpaid work.