Hue: A Matter Of Colour 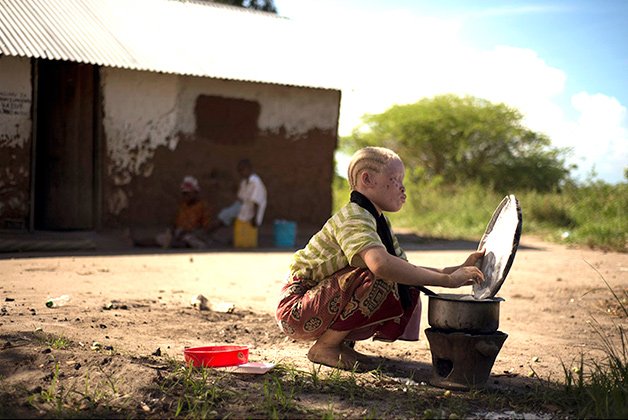 You’d be hard pressed to find a more appropriate setting for Vic Sarin’s Hue: A Matter Of Colour than Reel World, the festival that prides itself on representing racially diverse communities in its program of films and music videos.

Sarin tackles the complicated subject of colourism, discrimination against people with darker skin within races or ethnic groups. Among many others, he finds Indian girls who hide from the sun because a tan might reduce their prospects for an arranged marriage, and an East Asian woman who’s developed a lucrative skin-lightening treatment.

It’s an issue that arises even among Toronto’s minorities. Local filmmaker Nayani Thiyagarajah explores such internalized discrimination in her short Shadeism, which you can view online.

Sarin expands on the topic in a globe-trotting journey that takes him from Brazil to the Philippines. Many of his subjects are women who share heartbreaking stories about the colourism that comes not just from strangers, but tragically from their own families, too.

Sarin is of Indian descent, though with his olive complexion he could easily pass for Portuguese. He frequently interjects his own experience, which sometimes distracts from the far more severe, emotionally scarring experiences of his subjects.

At one point, Sarin visits Tanzania, where albino children are targeted for slaughter by witch doctors. The story that emerges here is so horrific and gut-wrenching, it will steal the colour from your face.