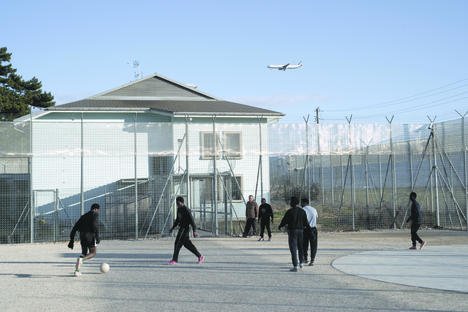 I won’t sugar-coat it: the Human Rights Watch Film Festival is one of the year’s grimmest assemblages of motion pictures. Its mandate guarantees we won’t be seeing a lot of happy endings, and the ones we do see come at a price.

The 2012 edition opens Wednesday with Fernand Melgar’s Special Flight (Rating: NNN), a look inside Switzerland’s Frambois holding facility, where foreign nationals await deportation for months or even years before being removed from the country.

Melgar captures the tedium of lives on hold a little too well – once he’s established his subjects and their situation, the midsection of the doc does drag – but it’s a story that needs telling. (It will likely be expanded upon considerably at the panel discussion following a satellite screening March 1 at Ryerson).

Giulia Amati and Stephen Natanson’s This Is My Land… Hebron (Rating: NNNN) offers a distressing new perspective on Israeli-Palestinian relations in the perpetually agitated West Bank town. There, some 600 Israeli settlers and 2,000 soldiers seem to be going out of their way to make life unpleasant for their 160,000 Palestinian neighbours with random curfews, checkpoints and offensive graffiti – though the Palestinians come across as more resigned to the situation than offended by it.

Also worth seeking out: The Bully Project, which played at Hot Docs last year, and Color Of The Ocean and The Island President, which screened at TIFF 2011, the latter winning the People’s Choice Documentary Award. Check the website for showtimes.