Does Mockingjay need to be two movies? Eh, why not 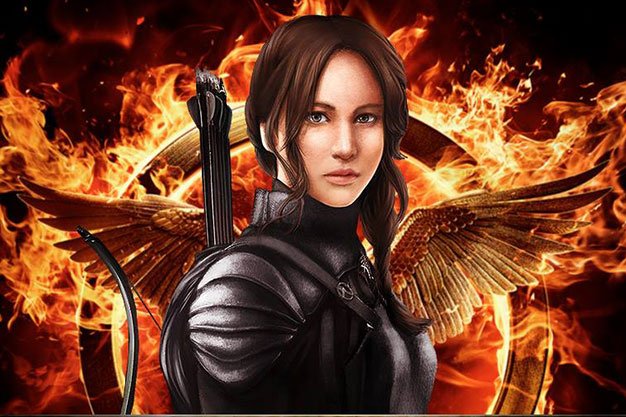 Suzanne Collins wrote three Hunger Games books. There are four Hunger Games movies, because the story of Katniss Everdeen and her evolution from terrified tribute to conflicted symbol of rebellion is just too damn big to contain in three two-and-a-half-hour features. And so the final book, Mockingjay, has been split into two features the first runs just over two hours, and the second will presumably clock in around the same.

Is there a point to this? Sure, if you’re catering to series fans who want to see every last conversation and confrontation brought to the screen. And trust me, they do I know people who are still pissed off about Hermione’s organization of a house-elf rebellion being dropped from one of the early Harry Potter movies. (It undermined Dobby’s entire arc!)

But here’s the funny thing: while I watched  Mockingjay – Part One, I realized that all the stuff I enjoyed the most would have been cut from a shorter adaptation of the book. Like the bifurcated adaptation of Harry Potter And The Deathly Hallows, the first movie may not have much in the way of forward movement, but it’s stuffed with character moments, including a wonderful sequence where Jennifer Lawrence gets to goof around a little when Katniss is tasked with shooting a propaganda video, and we discover she’s a terrible actor.

That would have been the first thing to go in a two-hour-plus movie, which would need to compress Katniss’s rivalry with Donald Sutherland’s eeeeevil President Snow into a scene or two in order to get to the big rebellion. Quieter moments with the rebellion heads played by Julianne Moore and Philip Seymour Hoffman would also have been cut, and at this point I want all the Hoffman footage I can get. (As it happens, I saw Mockingjay – Part One just a day after revisiting A Most Wanted Man, which made me even angrier about Hoffman’s death.)

Nah, I can get behind two Mockingjay movies. The Hunger Games movies are pretty plotty, after all, and they expand in scope as they go. And once everything is said and done, and all of the movies are available on Ultra 4K or SVOD or direct synaptic download or whatever system ultimately replaces Blu-ray as the home-video standard bearer, the two Mockingjays will simply become a four-hour feature. You’ll be able to sit down and run both segments back to back – or as the back half of a nine-hour Hunger Games marathon.

Hey, it’ll still be shorter than The Hobbit: The Complete Expanded Version That Peter Jackson Always Wanted To Release But Couldn’t Because We Held Him Down And Made Him Keep Each Movie Under Three Hours. And that’s a good thing, any way you cut it.