NOW MagazineNewsI know I should avoid sodium lauryl sulfate and parabens in beauty products, but what about replacement ingredients?

I know I should avoid sodium lauryl sulfate and parabens in beauty products, but what about replacement ingredients?

Q: I know I should avoid sodium lauryl sulfate and parabens in beauty products, but what about replacement ingredients? A: The. 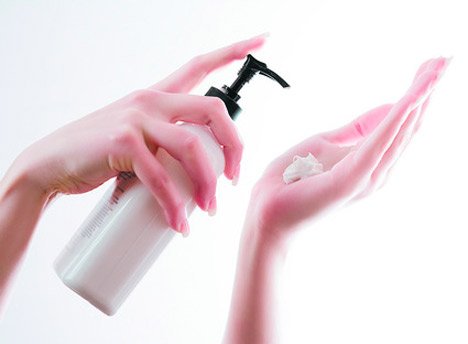 Q: I know I should avoid sodium lauryl sulfate and parabens in beauty products, but what about replacement ingredients?

A: The natural beauty biz is a clever bunch. Big players know which buzzwords to plant smack dab on the front of their labels and which ones are raising shoppers’ eyebrows.

These days, even shrewd drugstore, department store and salon brands know they’ll get some mileage with the conscious set if they can say they’re free of SLS (sodium laurel sulfate) and parabens in particular.

I certainly avoid these ingredients, but being free of two chems doesn’t a natural product make, especially since their replacements aren’t necessarily healthier.

SLS might be an irritant that’s inflamed my gums and irritated my scalp, but it won’t cause cancer, despite persistent myths to the contrary. Really, any sudsy replacement with an -eth, -oleth or -cetereath in its name, including coconut-based ingredients come with a more legit cancer link. (The ethoxylation softening process creates a carcinogenic by- product: 1,4 dioxane.)

Yes, an ethoxylated ingredient can be purified to rid it of these impurities, but many aren’t until they get caught red-handed, and it can be hard to tell just by eyeballing an ingredient list.

Antibacterial, antifungal parabens are definitely of greater concern thanks to their potential though under-explored estrogenic properties and the fact they’re turning up in the urine of those who smear themselves in products heavy in the stuff.

In 2008, the U.S. FDA issued a warning about nipple cream containing the stuff, saying the chem “can depress the central nervous system and may cause vomiting and diarrhea, which can lead to dehydratin in infants.”

An ingredient that’s considered safe today could get the skull and crossbones tomorrow. The only way to stay truly pure is exactly that: go for fully food-grade ingredients. But then, of course, you might not get the sudsing and lathering you crave. Anyone hoping for something in the middle will have to keep researching new ingredients as they pop up.

Q: Should I be feeling guilty about garburating?

A: There’s something a tad jaws-of-hell about garbage disposal units. I remember fearing my mom’s fist would be swallowed whole every time she reached in to rescue a fork.

The idea of grinding up your food scraps mere feet from where you produced them can seem like a locavore solution to your waste pileups, especially if you buy the heavy lobbying that brands like InSinkErator have done over the past eight decades.

The trouble is, flushed down your drain and into nearby storm sewers and waterways, those ground-up chicken bones and veggie peels mess with the delicate ecosystem of aquatic environments, robbing oxygen from the creatures that need it and overloading them with nitrogen.

And most wastewater treatment plants are designed to accept sewage, not ground leftovers, so many municipalities just screen them out and truck it all to landfill or worse still, spread the toxic sewage sludge on farmers’ fields.

Toronto reps say it’s actually illegal to even turn a garburator on if it’s discharging directly or indirectly into storm or combined sewers, which nixes most older parts of town.

But perspectives differ from place to place. Guelph bans them outright, but New York City overturned its ban in the late 90s after heavy industry lobbying.

Garburators are actually mandatory in dozens of U.S. towns, which seems positively loony.

Bottom line, you shouldn’t be grinding and flushing when you could and, in T.O., should be composting.