I’m a child of boat people 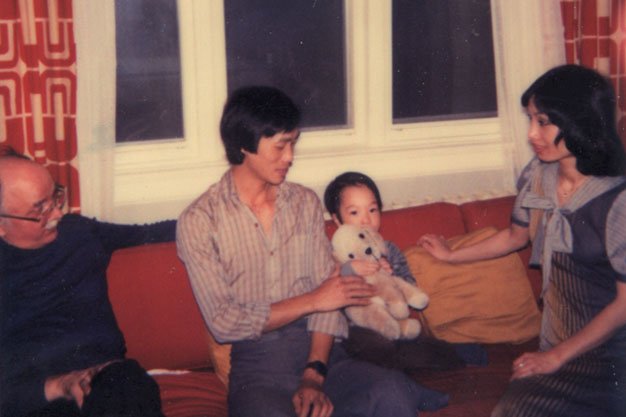 The pending arrival of Syrian refugees in Canada has reminded me of a man who had a huge impact on my family. His name was Robert Sargent. We called him “Uncle Bob,” or “Ong Bob” in Vietnamese.

Robert was born in Boston and ended up in Toronto. He lived with his wife, Helga. They had no children.

My parents fled Vietnam in September 1978 and found safety at Pulau Bidong Island refugee camp in Malaysia along with thousands of other Vietnamese. They soon made their way to Canada, arriving in Toronto in January 1979 as “boat people.”

Robert was working at the Anglican Book Centre when one day he saw a group of young Vietnamese men and women standing outside the Waldorf Astoria on Charles East. They were carrying plastic shopping bags holding all of their belongings. They were unsponsored refugees being housed by the government at the hotel. Robert walked over to them with an offer of assistance. That random encounter gave way to a lifelong bond of friendship with our family.

Uncle Bob showed the boat people around town, helped them apply for jobs, showed them how to use the TTC and invited them to their first Christmas party in Canada, with all the trimmings. It was his kindness and generosity, and that of many other Canadians, that made my parents feel welcome.

The boat people faced some discrimination and challenges integrating here, but Robert would always be ready to right any wrongs.

Once Uncle Bob flashed his business card to vouch for my family and help rent an apartment in the Annex after they’d been turned down and told the unit was “for a lady.”

Uncle Bob helped organize my baby shower. Old photos show a dozen Vietnamese faces and his, standing out as the only white one. It was truly a Canadian picture.

Over the years, he was part of my family, attending Christmas dinners, birthdays and even a trip to African Lion Safari. He loved Vietnamese food and always asked my mom to bring over spring rolls for dinner.

At family outings to Swiss Chalet, some would look a little bewildered at the sight of a Vietnamese family eating chicken with an 80-year-old white guy.

As I got closer to him, Uncle Bob shared stories of the early days with my parents and other boat people. He told me that his experience with refugees had enriched his life far more than what he gave.

He befriended so many others throughout his life that his birthday parties resembled a UN meeting. Sadly, he passed away last November at the age of 90. I got to see him hours before he left us, and told him to get well soon and that we would be looking for his Facebook updates.

I became involved in my community in the Jane-Finch neighbourhood because of Robert’s example. In early December, Governor General David Johnston invited me to Rideau Hall to receive the Meritorious Service Medal for my efforts. That wouldn’t have been possible without Uncle Bob’s kindness.

It’s up to us to open our hearts to our new refugee friends and continue this tradition of kindness, openness and warmth. It’s the Canadian thing to do.

Paul Nguyen is an award-winning social activist, journalist and founder of Jane-Finch.com.