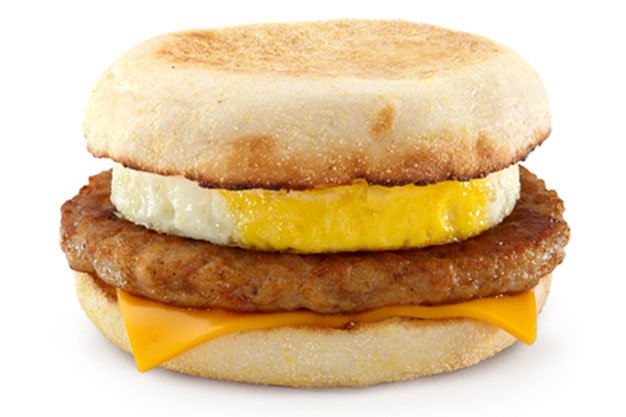 Ten days after undercover footage exposed gruesome animal cruelty at a Chicken McNuggets supply farm in the U.S., McDonald’s is working to flip the script: the company announced that it has severed ties with the farm in question and pledged to improve conditions for millions of other birds in its supply chain in the U.S. and Canada by shifting to 100 per cent cage-free eggs by 2025.

For a good decade, animal welfare organizations and humane societies have been pushing the chain, which buys 2 billion eggs a year, to ditch cramped wire cages that give hens a space no bigger than a sheet of letter-sized paper. Over the last few years, Mercy for Animals has cranked up the heat by releasing graphic footage from McDonald’s egg supply farms on both sides of the border, including at a Burnbrae Farms egg supplier in Alberta (EggMcMisery.ca).

Now the fast-food giant is promising to do for its hens what it pledged in 2012 to do for sows confined to 2-foot-wide steel gestation crates. (McDonald’s committed to phasing those out by 2022).

But Mickey D’s isn’t the only one apologizing for nasty practices on its supply farms. (See below.) Animal welfare groups around the globe have been ramping up the movement against the “extreme confinement of farm animals,” lobbying grocery chains, restaurants and food suppliers. Celebrities like Ryan Gosling and Zooey Deschanel have jumped on board, penning open letters calling for “the basic freedom to move.” Hundred of thousands are signing petitions on the issue. And it’s working. 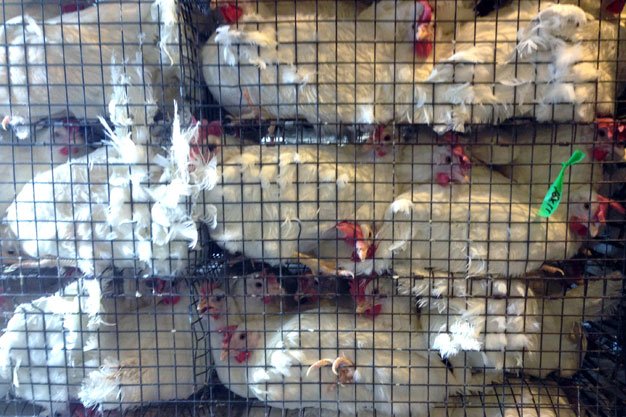 The big picture, says MFA, is that the “tide has turned toward compassion for farmed animals.” Eating habits suggest as much. Americans actually ate 400 million fewer animals in 2014 than in 2007, and vegan diets are all the rage. It’s a major turn of events considering that a 2000 study found Americans were eating 57 pounds more meat per person per year than they did in 1950s.

Since McDonald’s will also be dishing out way more eggs come October, when it starts offering all-day breakfast in the U.S., the shift to cage-free can’t come soon enough. Still, animal welfare advocates will tell you cage-free doesn’t necessarily mean cruelty-free. Just watch the McNugget farm video, where free-run chickens are beaten with spiked clubs. (FYI, all meat chickens are technically free-run.) MFA’s Canadian director, Krista Hiddema, says that although McDonald’s may be making progress by reducing the suffering of egg-laying hens, “They’ve failed miserably to prevent appalling cruelty to the other chickens in their supply chain.” Among MFA’s demands: end breeding for rapid growth that leads to birds crippled by their own weight, and replace live-shackle slaughter with less cruel methods. To sign the petition, head to Mcdonaldscruelty.com.

HOW MAJOR CHAINS DO ON HUMANE EGGS AND MEat

Burger King Got ahead of the curve when it promised in 2007 to use nothing but cage-free eggs and pork by 2017. Also tries to buy from suppliers that use gassing instead of crueller slaughter methods.

Tim Hortons Promised to purchase “at least” 10 per cent of its eggs from “enriched caging systems” by the end of 2013. It’s also calling on pork suppliers to stop confining breeding sows in gestation crates by 2022.

A&W It says the “majority” of its eggs (and all of them by 2016) come from “enriched-housing cages.” The U.S. Humane Society says these “furnished cages” are a step up but do not “achieve an acceptable level of welfare.”

Subway In Canada and the U.S., only 7 per cent of its eggs are from cage-free hens, due, the company says, to the “availability of a cost-effective supply.” Pork will be crate-free in 10 years.

Wendy’s “A portion” of the eggs used in U.S. outlets come from cage-free hens. Plans to eliminate gestation stalls by the end of 2022. In the meantime, hold the bacon.