Review: I Put A Hit On You 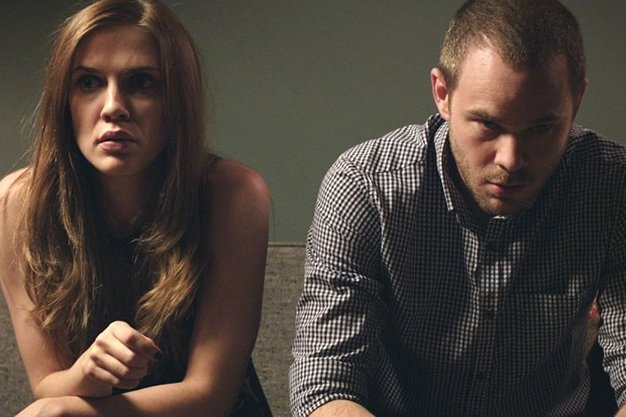 A contrived set-up is treated with impressive realism in I Put A Hit On You, a romantic comedy about a woman who, well, puts a hit on her ex.

Sara Canning (The Vampire Diaries) is the woman, Harper. Aaron Ashmore (Warehouse 13) is the very recent ex, Ray, who bolts after she tries to force a marriage proposal. Actually, she orchestrates one on his behalf, and he freaks out.

Despondent and hammered, Harper puts the engagement ring she bought for herself up for sale on Craigslist and winds up bartering it for a contract on Ray’s life. But then she sobers up – and Harper and Ray end up hiding out in his apartment trying to figure out how to resolve this wacky mix-up.

Dane Clark and Linsey Stewart, writing and directing their first feature after a series of shorts, make the most of a handful of Toronto locations and a very small budget. They’re similarly economical with the premise, pushing it exactly as far as it will go and no further. The circumstances may be ridiculous, but Canning and Ashmore don’t play them that way Harper and Ray are confused and panicked and hurt and unmoored, and that’s what we see.

I Put A Hit On You isn’t a crazy comedy about idiots who make bad decisions. It’s a surprisingly thoughtful study of a couple who are frustrated with each other and still trying to connect. Believe me, it makes a huge difference.