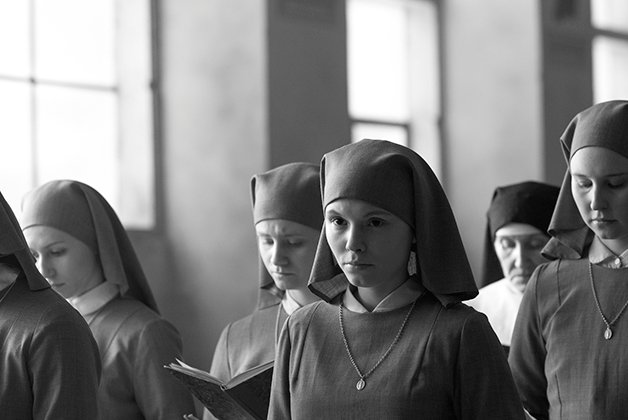 This visually arresting meditation on guilt and innocence, faith and hypocrisy in 60s Poland leaves a haunting impression.

On the brink of taking her vows, novitiate nun Anna (Agata Trzebuchowska), sent to the convent as a child, is instructed to visit Wanda (Agata Kulesza), the aunt she’s never met. After Wanda tells Anna her real name is Ida and that she is Jewish, they set out for the small town where Wanda believes Ida’s parents were killed. A hitchhiking musician (Dawid Ogrodnik) they pick up along the way gives Anna her first taste of what can happen outside the walls of the nunnery.

As he did in My Summer Of Love, Pawlikowski explores contrasting personalities – Anna is pure and unworldly, Wanda a hard-drinking, cynical Communist judge – and he’s cast the film accordingly, eliciting a luminously wide-eyed performance from first-timer Trzebuchowska and a powerful, world-weary turn from veteran Kulesza.

He’s shot the film in black-and-white, using distancing techniques that make the two appear lost in wide open landscapes, and its Dogme-influenced soundtrack makes the most of every creaking convent door and every classical record that Wanda plays to block her memories.

There’s a small hole in the narrative: it’s never clear why Wanda contacts the convent after nearly two decades. But Ida tackles the complex issues of wartime accountability with nuance, and it’s drop-dead gorgeous.