If looks could kill

The attitudes Elliot Rodger expressed about women are extreme, but his sense of male entitlement to women's bodies is not just something he got from pick-up artists' websites 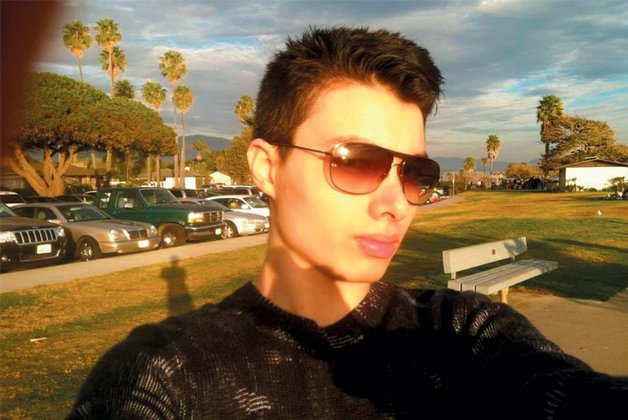 Elliot Rodgers rampage followed a familiar path: from sexualization of women to violence.

In Barbara Walters’s interview June 27 with Peter Rodger, the father of Elliot Rodger, who killed seven people, including himself, in Isla Vista, California on May 23, the viewer is given a clear and simple story: Elliot Rodger’s mind was, in Walter’s words, “broken by mental illness,” and his parents missed the warning signs.

Rodger, a Hunger Games assistant director, told Walters: “There’s an awful lot that can be done in this country to help families that might have another Elliot. There are holes in the mental health system that I think really [have] to be looked at.”

Walters spent all of a minute midway through the interview, on the fact that Elliot had been drawn to “misogynistic websites,” which Peter told his son were “evil.”

It’s safe to say the attitudes Elliot expressed about women in the 141-page “manifesto” and YouTube video he left behind – he blamed “girls who have never been attracted to me” for the loneliness and rejection that led to his rampage – are extreme.

Whether those attitudes triggered his horrible crime has been the subject of debate. It’s been pointed out that Elliot Rodger killed more men than women. And in addition to his mental health issues, he was reportedly struggling with his mixed-race ethnicity. Blaming misogyny alone for his killing spree may be an oversimplification.

But as feminists have observed, Rodger felt entitled to women’s bodies and enraged when they were denied to him. He not only spoke the language of the PUA (pickup artist) community, but was also reportedly a member of online forum PUAhate.com (which has since been taken down), a site for men who are angry with PUAs because the pickup techniques they’re selling haven’t worked for them. He also frequented men’s rights movement sites, which generally aim to discredit the idea that there is a power imbalance between men and women in society.

PUA and men’s rights websites are far from obscure online communities where only the criminally deranged gather. But the countless online PUA communities’ promotion of “techniques” for “scoring” clearly foster a sense of male entitlement to women’s bodies which, in a fragile young mind, could be very dangerous, experts say.

“There’s a pathway from sexualization to objectification to dehumanization to violence,” argues University of Windsor professor Dusty Johnstone, who helped launch the Bringing In The Bystander initiative, which teaches the importance of speaking out against social norms that support sexual assault and coercion. “[Rodger] was engaging in such an extreme manifestation of all those things that violence was the inevitable result.”

How little the role of misogyny is understood by those in the Toronto PUA community is alarming.

“Coach EJ” of the PUA “training” org Tdotpickup, which offers “bootcamps” for $2,000 a pop, tells me he teaches his “students” to be “respectful and not over-insistent.”

EJ, whose online bio describes him as “quite ballsy,” is adamant that he sees women as equals, not as objects, though he also refers to meeting women as “a game – a numbers game.”

When I ask if this kind of language makes women seem like points to tally, he says a term like “the game” is just an analogy.

Although EJ sees his main objective as building confidence and “self-improvement,” professor Kate Drabinski, a lecturer on gender and women’s studies and director of the Women Involved In Learning And Leadership program at the University of Maryland, finds this problematic.

“The message is that men are entitled to women as possessions. So if you haven’t possessed a woman, you haven’t fully developed yourself to the point where you deserve a woman.”

Over at bigwilliestyle.ca, which offers “dating advice and life style development,” Willy Beck tells me that if he approaches a woman and she says “she doesn’t want to go with me but has a smile on her face, that’s not a clear rejection.” His advice: “Hustle with heart.” His compilation of videos includes titles such as How To Pick Up An Asian Chick From The Streets And Take Her Home, and Get Laid More By Playing An Imperfect Game.

Talking with Beck, I find myself wondering if anything less than pepper spray would constitute a clear rejection.

As Farrah Khan of the Barbra Schlifer Clinic, which counsels women who have experienced violence, reminds me, true consent is not simply a matter of agreeing.

“What makes me nervous about [PUA] is that informed consent [is] the cornerstone of a relationship. If people are using manipulation to connect, that’s not [informed consent],” she says.

Drabinski agrees, adding, “It’s such an inauthentic way to approach people. Your goal is manipulation. Your goal is to break someone down.”

One kind of manipulation used by PUAs is “negging,” which according to PUA blog Seduction Science amounts to subtly insulting a woman in order to “lower a girl’s social value in relation to yours.” About negging Beck says, “It’s a joke. It’s a tease. It’s playful.”

Another PUA technique Beck practises is “kino,” short for kinesthetic, which means lightly touching a woman as soon as you meet her. You can see it demonstrated in videos on Beck’s website, where he convinces women he’s just met to kiss him on the street, getting in their personal space and touching them immediately.

Coach EJ says he doesn’t endorse either kino or negging, but Beck sees nothing wrong with either, and seems not to understand how anyone else could.

Drabinski observes that PUA community attitudes are “actually built into our every day. The idea, for example, of having a ladies’ night at a bar is to get women there and give them free or reduced-price drinks so they’ll get drunk, so they’ll be more available to men. This is just something we have at all the bars, and we think it’s fun. A lack of consent is built into a lot of cultural life.”

It’s easy to focus on people who call women “targets” (a common phrase in the PUA lexicon) and harder to look at ways in which sensitive men who consider themselves allies in the struggle against misogyny, as I do, may be complicit in our culture’s devaluation of women (see sidebar).

As Johnstone, points out “what we need to see is that pickup artist [culture] is just one end point on a continuum of normative behaviour. There’s such an urge to distance ourselves psychologically from people who commit horrible crimes – to say they’re not like us. But the problem is, [Rodger] was. He was socialized in this same culture, it’s just that he represents a more extreme version of it.”

Manifesto for the responsible male

1. Call out friends whose idea of a “joke” is to make sexist remarks.

2. Talk to your male friends about how to be masculine without being misogynist.

3. Combat rape culture on campus and intervene in potentially risky situations. Inform yourself at www1.uwindsor.ca/bystander

4. Read the work of male pro-feminist writers such as Jackson Katz.

6. Find support for the violence you may have witnessed or experienced growing up.

7. Check the media you consume. Why watch/listen to/read it if it debases women?

8. Ask the women in your life to tell you when they feel you are not fully respecting them.

9. Be gentle: don’t beat yourself up when you screw up. View those mistakes as learning opportunities.

10. Practise empathy: try to feel what a woman is feeling rather than how you want a woman to make you feel.