NOW MagazineMusicConcert reviewsIf the purpose of Japandroids’ Horseshoe gig was to road-test new material and knock off some rust, well, mission accomplished

If the purpose of Japandroids’ Horseshoe gig was to road-test new material and knock off some rust, well, mission accomplished

The Vancouver rock 'n' roll duo are back with a vengeance 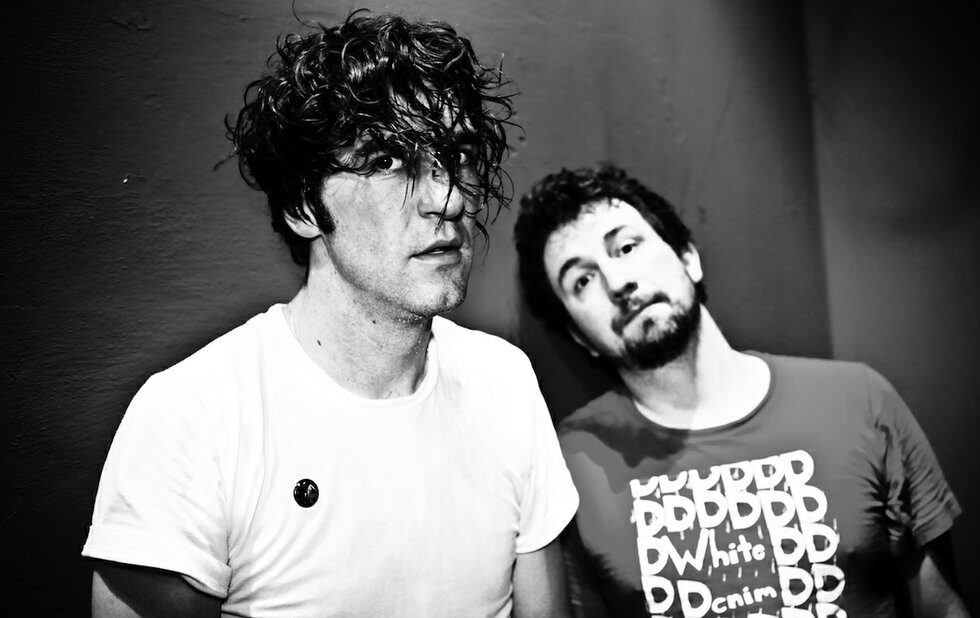 Japandroids didn’t waste any time telling fans exactly what they wanted to hear. “This is our first Toronto show in three years. But we wanted to tell you that we have a new record coming out soon,” announced vocalist/guitarist Brian King after they walked onstage.

That rumour has floated around since the Vancouver duo began playing highly anticipated select shows across North America one week ago. And it was great to hear the news confirmed.

Warming up with a raw, blistering run-through of Post-Nothing’s The Boys Are Leaving Town, King and drummer/vocalist Dave Prowse proceeded to introduce new material by preparing the hungry crowd first. Near To The Wild Heart Of Life confirmed that they haven’t lost their dynamic spirit, packing in the requisite “woah-oh” calls and a life-affirming chorus.

For another new one, the stomp-rockin’ North East South West, King said, “I promise you guys will fucking love it because there is a Toronto reference in it,” and when it arrived, fans were quick to acknowledge the name-drop. The night wasn’t about force-feeding new music to a room full of fans hungry for the hits the audience was on board for the fresh material.

Besides, with each new song, the band added a familiar chaser to make it go down smoother. Wet Hair and The Nights Of Wine And Roses, which incited a massive singalong, crowd-surfing and plenty of hugging, book-ended new tracks No Known Drink Or Drug and Midnight To Morning, which featured Prowse singing lead.

Despite some hesitation, they played one more newbie, a lengthier jam called Arc Of Bar, but prefaced it by saying, “This next song was gonna be a game-time decision – and we’re just gonna fucking do it.” The great thing about playing unreleased music to unfamiliar ears? No one knows if it was executed perfectly or badly. This one sounded mighty.

With the new stuff done, the gig kicked into overdrive. The crowd joined in as third vocalist on anthems like Younger Us, Young Hearts Spark Fire and Sovereignty. Then everyone collectively lost their shit to Japandroids’ signature song, The House That Heaven Built, which triggered a massive, fist-pumping orgasm.

The duo gave fans “one last chance to fucking dance” to their cover of the Gun Club’s For The Love Of Ivy, in which King acted like a man possessed, capping it off with a stage-dive and some crowd-surfing.

If the purpose of this gig was to road-test their first new songs in four years to 400 lucky fans and knock off some rust, well, mission accomplished. But what it affirmed more than anything is that Japandroids are gonna keep giving us rock music to celebrate at the top of our lungs.