TIFF celebrates a master (again), and also the Screenies! 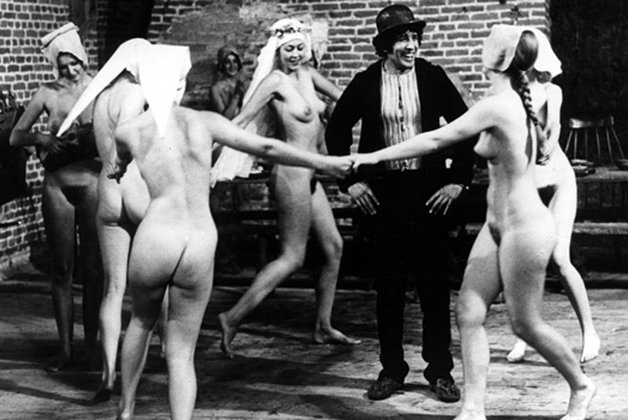 The only problem with TIFF Cinematheque’s new retrospective Pier Paolo Pasolini: The Poet Of Contamination, is that it isn’t really a new retrospective at all: this is the second time TIFF has celebrated the Italian filmmaker’s work in four years, though only the first since the festival moved from the AGO’s Jackman Hall to its new digs at the Lightbox.

The series kicks off Saturday afternoon (March 8) with a 4 pm screening of Mamma Roma introduced by Luca Caminati, Associate Professor of Film Studies at Concordia. (Here’s what I wrote about Mamma Roma last time.)

TIFF has always been particularly fond of Pasolini, whose career as a director of vivid and increasingly confrontational films came to a brutal end when he was murdered in 1975. And in truth, he can’t be celebrated often enough: he was a man of magnificent and profound talent, and his films run the full spectrum of human experience, from the sacred to the profane.

I mean this literally: Pasolini’s canon includes an almost neorealist adaptation of The Gospel According To St. Matthew (March 14) and a perverse, excruciating transposition of the Marquis de Sade’s Salo: Or, The 100 Days Of Sodom (April 12) to the final days of Nazi-occupied Italy. His loose, lusty takes on The Decameron (March 21), The Canterbury Tales (March 22) and The Arabian Nights (March 23) comprise a lusty, enthusiastic film cycle collectively known as the Trilogy Of Life. And Teorema (March 15), starring Terence Stamp as a stranger who imposes himself on a Milan family, works equally well as a class-conscious farce, a chamber drama and an interrogation of the human heart.

The angle is that this is the only North American stop for a traveling collection of new 35mm prints, which sort of does justify the whole thing, in my estimation.

Sure, you can pick up a number of Pasolini’s films in excellent Criterion editions – that recent Blu-ray set of the Trilogy Of Life is a must-own, by the way – but these are films meant to be experienced the old way, with reel changes and imperfect sound and the slight wobble that defines a warm, organic experience. They say digital is a cold medium, while film is warm if there’s ever a director who provided evidence for the second half of that argument, it’s Pasolini.

If Sunday’s Oscars didn’t leave you completely apathetic to awards shows, the Academy Of Canadian Cinema And Television would like to remind you that the third and final Canadian Screen Awards ceremony is happening this Sunday (March 9). It’s a two-hour gala airing live on CBC, starting at 8 pm EST, and we’ll have coverage up as soon as humanly possible. Good luck to all of the nominees, and I hope Martin Short doesn’t set anything on fire.