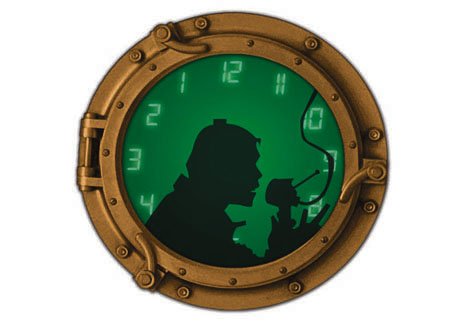 The ingenious sci-fi comedy podcast Illusionoid proves that the best improv comics improve with age. You need more than a few years behind you to add depth and range to those references. It also helps if you’ve had a lifelong obsession or two – something Paul Bates, Mike “Nug” Nahrgang and Lee Smart can obviously relate to.

Separately, these seasoned Second City alumni have always been good, even great, but when they splice together their sci-fi knowledge and improv skills, they’re simply amazing.

I mention splicing, because it came up in their brilliant live taping of the show last weekend at the Comedy Bar. The scene involved something about an army of evil children formed by splicing together genes from a cat, a mongoose, a mixed-martial artist, a badger… um, let’s just say that recounting the list became a running joke to keep the cast (and the guest for that scene, John Catucci) on their feet.

Another scenario (all of them sparked by audience suggestions) included astronauts in a phallus-shaped ship trapped inside a hole that – who knew? – went right through the planet Mars. As one of the three cleverly asked, “Is it a hole or a tunnel?” Who cares, when the hole/tunnel Martian core turns out to be sentient and voiced by the nimble Bates?

The (sorta) bi-weekly Illusionoid podcast harkens back to those corny yet evocative sci-fi radio shows that let the listener imagine other realms and dimensions. Each episode is prefaced by scratchy static and Bates’s lonely voice speaking out to us in a “transmission from the future.” The format allows the actors to swiftly switch characters and settings. In the third scenario, for instance, it quickly got the men from a cabin somewhere in the Amazon rainforest to falling from an airplane over Stonehenge, now ominously overrun by turtles.

As with any improv show, summing up a plot or quoting a clever line doesn’t do the comedy justice. It’s all about split-second decisions concerning character or story, the careful (but never pedantic) establishing of setting (especially important for a podcast) and taking the scene in surprising directions. All three are pros at this. Their characters – whether experts in plate tectonics (Smart) or a tough-ass southern General (Nug) – speak the genre lingo and move the story forward with complete authority.

Not that there aren’t lots of clever one-off jokes, like Smart’s “premature ejection” line for the phallic spaceship, or Nug’s “I have a secret… to tell your neck” in the child army scene, a line that skewers every vampire/zombie cliche in the book

Past Illusionoid podcast guests include Sean Cullen and Colin Mochrie, and the team hopes to lure Scott Thompson and Ennis Esmer soon. All great performers, but I’d be curious to see and hear how a woman would get along in their geeky universe.

Surely not just men exist in the future – although come to think of it, that could be a solid premise for a future show.