In defence of Brent Hawkes

LGBTQ icon in the same legal trap George Klippert, the last person arrested for homosexuality in Canada in 1965, found himself in 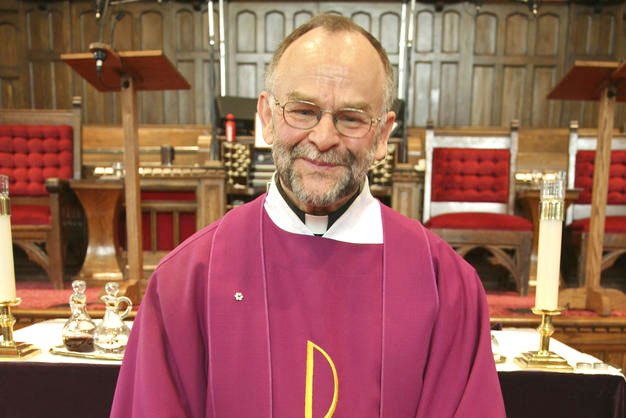 On Monday, April 11, I attended a news conference led by lawyer Douglas Elliott and LGBT activist Rachel Lauren Clark in support of Reverend Brent Hawkes, a prominent advocate within Canada’s LGBT community. The news conference was called to announce the establishment of the Brent Hawkes Support Fund.

Hawkes has been the pastor of the Metropolitan Community Church of Toronto for the past 38 years, and it was there that he performed the first same-sex marriage ceremonies in Canada, a bold step that led directly to the Canada-wide legalization of same-sex marriage in 2005. He became the first openly gay man to receive an appointment to the Order of Canada in 2007 for his work in social justice circles and human rights.

On February 1, Hawkes was charged by the RCMP in Kentville, Nova Scotia, with gross indecency and indecent assault of a male. The charges date back to incidents that allegedly took place in the 1970s. Hawkes has entered a plea of not guilty. He says, “I want to be crystal clear: I am innocent of these allegations. The purported events simply did not occur.” The charges are set to go to trial in November.

If the case proceeds, it is certain to draw attention for a variety of reasons beyond Hawkes’s profile. First is the matter of the charges themselves.

The sections of the Criminal Code under which Hawkes is being charged were deemed discriminatory and repealed by Parliament more than 30 years ago.

This was the trap in which George Klippert, the last person in Canada to be arrested and imprisoned for homosexuality, found himself in 1965 when he was sentenced to indefinite detention as a dangerous sexual offender. His crime was that he had consensual homosexual sex with a number of adult men and was deemed likely to do it again.

The charge of indecent assault of a male was removed from the Criminal Code two years before the charge of gross indecency, further underscoring the prejudicial nature of the laws in place at the time of the alleged incident.

The legal age for straight sex at the time was 14. For homosexual sex, one had to be much older – 21, in fact. Information recently released in the media suggests that the complaint against Hawkes involves someone who was younger than 21 but older than 15.

So what is it about gay sex that requires this additional fence of a few years? Perhaps the stereotype of gay men as predators caused legislators to add this restriction to the Criminal Code?

Stereotypes are a poor reason to criminalize what we now understand to be a normal facet of human sexuality.

In 1967, Pierre Elliott Trudeau, then minister of justice, said there was no place for the state in the bedrooms of the nation. Two years later, homosexuality was decriminalized. But the Criminal Code remained littered with snares to trap members of the LGBT community who wanted nothing more than to enjoy the same freedoms available to those who practised the “right sort” of sexual behaviour.

Even as the attitudes of mainstream society changed, the spirit of the law played itself out in the way government and other employers treated LGBT workers.

A few years ago I attended the screening of a documentary sponsored by Egale Canada Human Rights Trust at Hawkes’s church. The film looked at the murderous impact of Paragraph 175 of the German penal code: for more than 100 years, until after the Second World War, that section was used to criminalize homosexuality.

I remember being struck by the similarity between the Nazis’ systematic persecution of Jews and Paragraph 175’s treatment of homosexuals as criminal degenerates.

I am not comparing Germany and Canada or the criminal codes of those countries. But I cannot help but reflect now, as I did then, that laws that proclaim whom we can love can often determine whom we will hate.

Len Rudner is a Toronto-based human rights consultant and a member of the Brent Hawkes Support Fund.