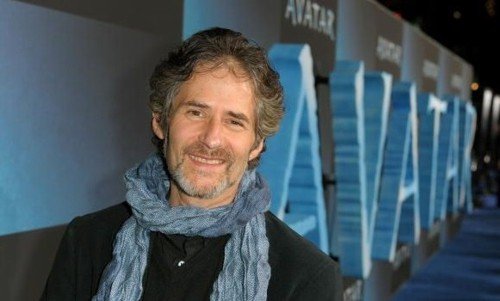 The news of James Horner’s death in a plane crash Monday took a few hours to take hold. First, there was word that a small plane registered to the Oscar-winning composer had crashed, killing the pilot then, reports that his attorney said no one had heard from Horner since the crash. Then, finally, confirmation that Horner, 61, had been flying the plane.

Horner was the guy who co-wrote the Celine Dion song from Titanic (and won his two Academy Awards for the song and the orchestral score). He wrote the magnificent, nautically-tinged score for Nicholas Meyer’s Star Trek II: The Wrath Of Khan. And the driving, militaristic score for James Cameron’s Aliens, the first in a collaboration that stretched over decades and would apparently have continued through the Avatar sequels. For a lesson in grace under pressure, watch the Aliens mini doc, in which Horner recounts waiting to write the score to a movie that hadn’t even been completely shot, let alone edited.

Two of his best works evoked distinct periods in American life: the lush, pastoral score for Legends Of The Fall communicated nostalgia for rural life in the first third of the 20th century, while his memorable music for Apollo 13 caught all the human drama and sweaty-palmed suspense of the famous 1970 mission, erupting in a melody so catchy and patriotic you almost feel like standing at attention while it plays.

He scored Braveheart. And Field Of Dreams. And Jumanji. And Searching For Bobby Fischer. And A Beautiful Mind. And Commando. And Willow. And Wolfen. And Humanoids From The Deep, which is a surprisingly complex and textured score for a cheap-ass Roger Corman monster movie. (Seriously, go listen to it: pieces of it turn up in about 30% of his subsequent action scores.)

And there’s more to come. Horner scores will be featured in this summer’s Jake Gyllenhaal boxing movie Southpaw and Patricia Riggen’s The 33, a docudrama about trapped Chilean miners starring Antonio Banderas and Rodrigo Santoro.

That’s a lot of movies, and the list gets even longer when you include all the trailers that used “Bishop’s Countdown” from Aliens as their soundtrack. The theme from Legends was also used for trailers, as well as for the “In memoriam” montage at the Academy Awards.

Perhaps next February the Oscars will use it once again to honour the man himself when he’s remembered.