Torontos Pride Month concluded with three marquee events this weekend, starting with the Trans March on July 1. Over 10,000. 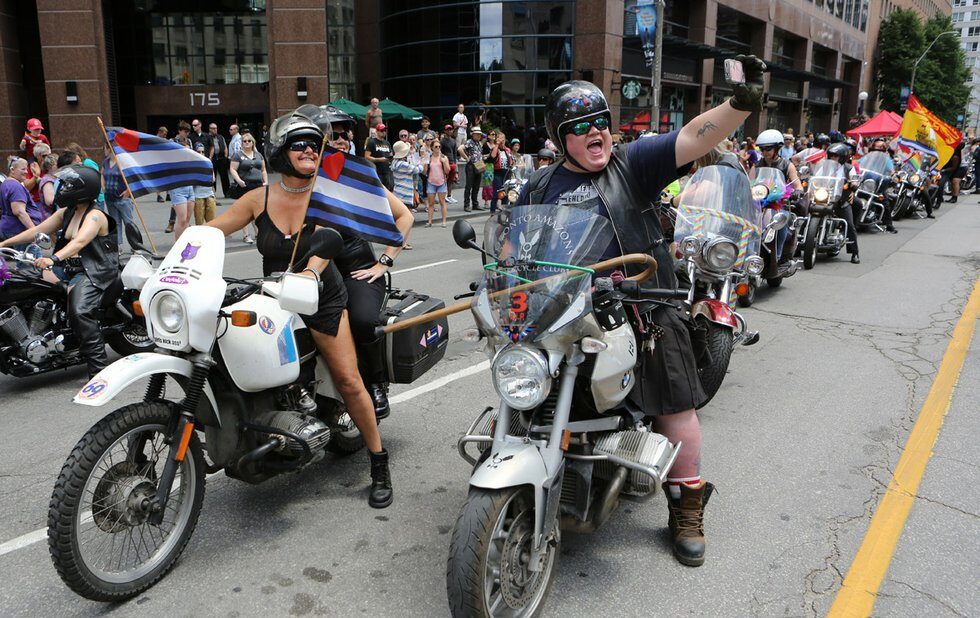 Torontos Pride Month concluded with three marquee events this weekend, starting with the Trans March on July 1. Over 10,000 transgender and gender non-conforming people joined by their allies took over Yonge Street on Friday evening. The record-setting attendance marked the largest Trans March ever to take place in Toronto, and quite possibly the world.

The next afternoon, the Dyke March celebrated its 20th anniversary, with an estimated 10,000 spectators in attendance. Politically charged, community engaged queer women marched, drummed and rode bicycles down Yonge Street to Allan Gardens, led by leaders from Black Lives Matter Toronto, this years Honoured Group at Pride Toronto. During the march, participants staged a seated moment of silence in honour of those killed in the recent Orlando shootings.

In June, Pride Toronto organizers declared this years Pride Parade would be dedicated to the 49 victims of the Pulse nightclub massacre. At 2 pm, the parade began with a moment of silence. Several floats and banners featured in the parade also honoured LGBTQ lives lost this year.

The Pride Parade has always been the largest of the three marches, and this years event on July 3 attracted a crowd estimated at a million. Part of the excitement was in no doubt due to the promised appearance of Justin Trudeau, who became the first Canadian prime minister to ever walk in the Pride Parade. Trudeau was joined by Premier Kathleen Wynne and Mayor John Tory, all three of them wearing pink shirts.

The groups demonstration, which reminded many people in attendance of Prides political roots (after all, Pride grew out of the Stonewall riots in 1969 New York), called on Pride Torontos executive director Mathieu Chantelois to sign a list of demands. These included a commitment to supporting Black queer youth, a reinstatement of several community spaces and stages during the festival such as the South Asian stage and an increase in Black representation among Pride Torontos staffing.

Arguably the most contentious request on BLMTOs list of demands was the removal of police floats from future Pride marches and parades. In June, a group of BLMTO protestors crashed a mural unveiling presented by Police Chief Mark Saunders to the LGBTQ community, chanting No pride in police. Earlier that week, Saunders had attempted to apologize for the gay bathhouse raids that happened 35 years ago. BLMTO has continued to voice their concerns over the increasing police presence at Pride including their involvement in the parade.

Chantelois met with Black Lives Matter Toronto organizers during the parade and agreed to their demands. Then, the parade continued down Yonge Street. A Toronto police float did appear in this years event, though a far distance behind BLMTO marchers. Uniformed officers, assuming they werent aware that this might be their final appearance in the Pride Parade, thought it would be a wise idea to shoot people in the crowd with water guns.