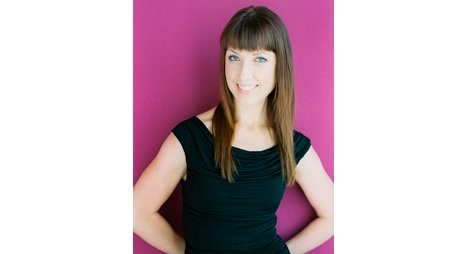 A person’s family tree isn’t just written on a genealogical chart but also in our blood.

Its central character, Lily, undergoes an experimental procedure to treat an incurable disease while in a state of suspended animation, she meets strangers who are part of her family’s heritage.

In a way, Lily goes through an Alice in Wonderland experience as she confronts a past she didn’t know she had.

“We’re thrust into another world, where Lily discovers that the genes she carries don’t simply pass on eye or hair colour but also elements of character and instinct,” says Stephanie Belding, who plays Lily.

“She’s always thought that she was a compassionate, ethical person and now discovers, in this strange world she visits, that her history is wild, woolly and complicated, involving betrayal and murder.”

The characters suggest those in Lewis Carroll’s fantasy, including figures reminiscent of the Mad Hatter and the Cheshire Cat as well as a group that proves as bloody-minded as the Queen of Hearts.

As she discusses some of them, it sounds like Belding’s favourite is Had, a figure who keeps popping up to offer advice to Lily.

“He’s magical, elliptical, compelling and endearing,” she says. “At times he can be verbose, but he offers clarity and focus for Lily, a kind of safe haven even when she doesn’t quite understand what he means.”

The Theatre Gargantua style of performance is as much physical as textual, with productions being built by the company from the ground up over a period of years. The technique is quite different from most of Belding’s work, which includes three seasons at the Shaw Festival.

“Thankfully, I did lots of physical work in my school days it’s good to dive back into that world. The style is taxing, but exploring a show through the body as well as the words is fulfilling in a different way than presenting a traditional script.”

Belding and Ron Kennell are the two actors who’ve come into Imprints for the full production the other cast members were involved in earlier workshops.

“We spent almost half of our nine-week rehearsal period developing the world and the design the script’s changed radically from the original presentation. There’s been lots of trial and error in a show that asks the actors to collaborate organically and build pretty much everything the audience sees onstage. Other than some screens for projections, we’re the whole show.”

The $25 admission gets you a catalogue, refreshment and a paddle.

Also part of the evening is celebrity DJ Bruce LaBruce.

Preview and silent auction at 7 pm, with auctioneers Charlene Nero and Martin Julien raising the gavel at 8 pm.

It’s time for the Playwrights Canada Press fall launch, an evening of readings by the writers themselves.

The four authors of The Mill, Matthew MacFadzean, Hannah Moscovitch, Tara Beagan and Damien Atkins, are all recognized for their work elsewhere. For this quartet of plays presented during the past two years by Theatrefront, the writers explored the ghostly goings-on at the titular Canadian mill over a period of centuries.

Also on the evening’s bill are Daniel Karasik (The Crossing Guard and In Full Light), Colleen Wagner (down from heaven), Erin Shields (If We Were Birds), Jonathan Garfinkel (House Of Many Tongues) and Donna-Michelle St. Bernard (Gas Girls).

The last three plays are short-listed for this year’s Governor General’s Award for Drama.

The launch, Monday (November 14) at Supermarket, includes a cash bar and free nibbles.

We’ve admired the work of Joan MacLeod since the early 80s when she was a favourite at the Tarragon Theatre.

Though MacLeod now lives in BC, we still see her work regularly, most recently productions of The Shape Of A Girl and Another Home Invasion.

MacLeod couldn’t have made a better choice for her protege: Anusree Roy, who recently won the Carol Bolt Award for Playwrights.

What do we admire about both MacLeod and Roy? Their work combines wonderful writing skill with a big heart.

The Tarragon’s annual week of readings begins next Monday (November 14). Most of the authors involved are part of the theatre’s current writers’ unit.