In the studio with Shehzaad Jiwani of Greys 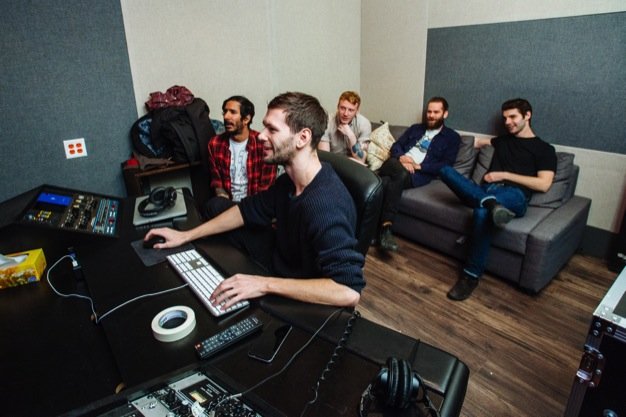 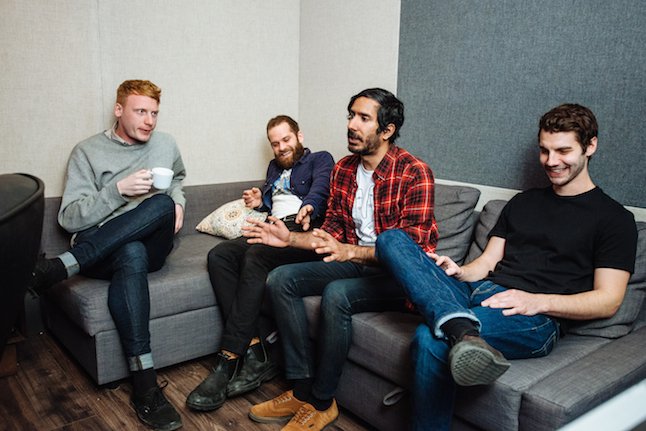 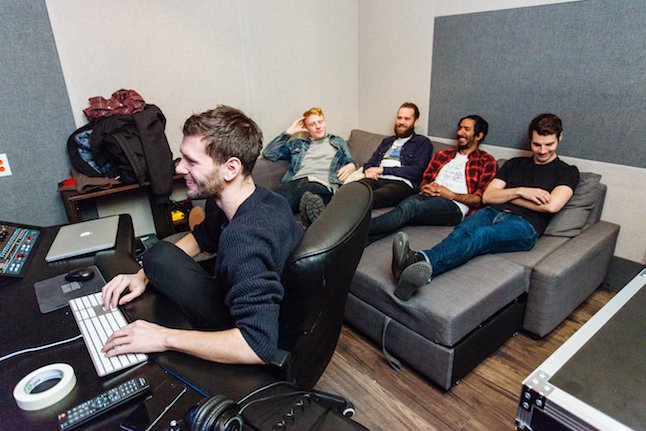 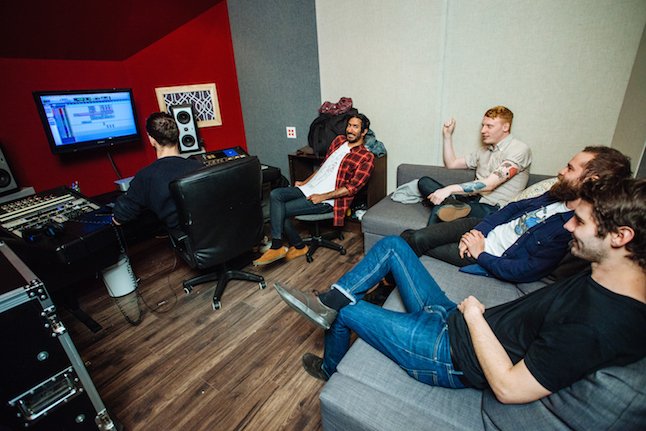 What were you recording during this photo shoot at Union Sound?

I can’t talk about it. I’m sorry! It’s a top-secret thing. But I can say that [our new album] Outer Heaven was done at Hotel2Tango in Montreal.

I think of Greys as a punk band, but Outer Heaven isn’t really a punk record.

I think of us as a punk band, too, but my idea of what a punk band is is a band that goes out of its way to not play punk rock. Like, I consider Pavement to be a punk band.

Talk about your relationship to the studio.

We used to treat the studio as a way to capture what we do live as best we could. The goal was to document what it was like to see us live. This time we wanted to embrace being more of a studio band because of some of the records we were listening to: Portishead, Broadcast. We thought it’d be interesting to make it more beefed up. Ironically there’s less going on in terms of studio tricks. It’s the most stripped-down recording we’ve ever done.

On one song you sing about race, and on another the Bataclan attacks. Is this LP more political than your first?

I don’t see the personal and the political or whatever you want to call it as mutually exclusive. To me, your reaction is always going to be personal. Whatever I’m singing about is my perspective. Me talking about the colour of my skin is no different than on the last record where we had a song about how girls in a band will always be viewed differently than guys. It’s no different from a song about how I wish Kurt Russell and Patrick Swayze were the same person. One is no more personal than the other.

I might never write another song about [my skin colour], or maybe the next record will be entirely about that. It just depends what my head space is. Writing about the Bataclan attacks after playing a club right down the street from it, that is just as personal to me as a song about my parents. It’s always personal to me.

I’m actually really curious about what his motivations are. Is he out of money? Or maybe he’s turned a new corner in his life where he just wants to do fun stuff? I’ve never known Axl Rose to have a sense of humour. But I like that Axl Rose is currently a character in music in 2016, more than just this guy toiling over Chinese Democracy.