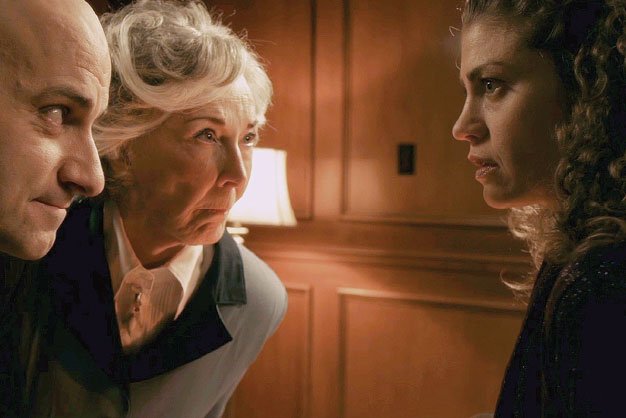 On a printing company’s closing day, the executives bribe the employees – to the tune of $1 million – to work one last night shift to complete the inventory. Turns out the bosses are zombies completing their plan to mastermind the end of the world.

This is not a spoiler: nothing could make Jennifer Liao’s feature film debut more rotten than it already is.

The cast is game, including Anna Ferguson and Paulino Nunes as the baddies and Julianna Margulies look-alike Carolyne Maraghi as one of the harried workers.

But they serve a script, by Christina Ray, that makes no sense. Why haven’t the workers noticed that they haven’t been doing much of anything productive for years? And by what method are the zombies killing people anyway? Actually, the whole thing elicits one long “Wha-a-a-a-a-t?”