Indie Film Spotlight: How To Change The World 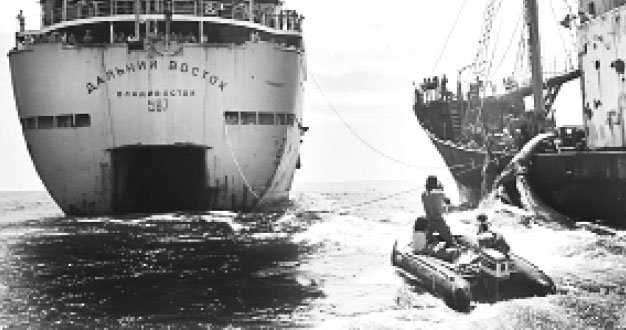 A Greenpeace film crew on a Zodiac disrupt a Russian whale hunt in How To Change The World.

A Greenpeace film crew on a Zodiac disrupt a Russian whale hunt in How To Change The World.

In the early 70s, armed with a 16mm camera, Hunter set sail in a leaky fishing boat with his band of hippie scientists, sailors, mystics and mechanics. Their goal was to stop atomic testing and then whaling ships, and along the way they gave birth to one of the world’s largest and best-known enviro orgs, Greenpeace.

Jerry Rothwell has masterfully edited all-access reels of archival footage into a gripping tale of revolutionary change-makers on the high seas, soaked with intrigue, action, heartache and larger-than-life characters. Amidst crashing waves and clashing egos, Hunter (whose poetic writing is voiced by actor Barry Pepper) concedes that the weakest part of a revolution is often the people themselves.

The visionary Greenpeace co-founder may no longer be with us, but his legacy lives on in this powerful film. It’ll stir movie-goers into believing that a small group of determined individuals can make a difference – and that, as Hunter states, a camera can change the world more easily than a gun. 112 minutes.