The hills have guys 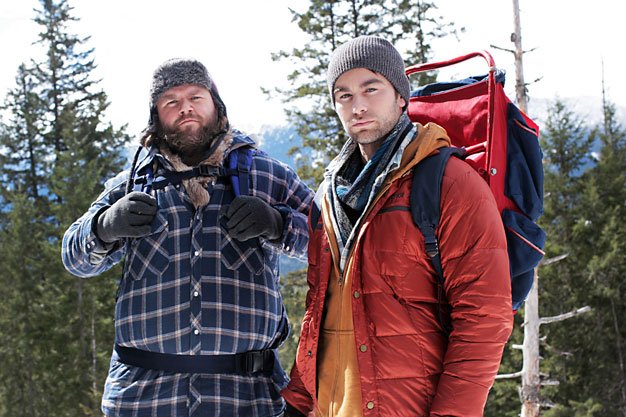 Writer/director Cameron Labine’s follow-up to Control Alt Delete is a formulaic but funny fraternal bonding comedy set in and around the mountain town of Revelstoke, BC.

Toph (Tyler Labine) is the brother who stayed home. He’s supposedly a DJ, though his only significant earnings seem to come from selling weed to the same eight people every week. Coop (Chace Crawford), the brother who got away, is pursuing upward mobility in New York City. Generically handsome but distant, Coop returns home for his mother’s wedding, though he’s still guilt-ridden over not being around when his father started cracking up some years back.

The brothers travel to the family’s remote cabin to oust a squatter, but unresolved issues and a blizzard coalesce, forcing Toph and Coop to take stock of their lives while battling the elements.

Mountain Men is a bromance with all the requisite sentimentality and shenanigans. It’s also fleet and likeable, and Tyler Labine, the director’s real-life brother, is a hoot. Beardy, corpulent, reminiscent of Jack Black, he’s one of those comic actors who can lazily spew profanities and somehow come off as hilarious and real – precisely the qualities Mountain Men needs to get across. 89 minutes.