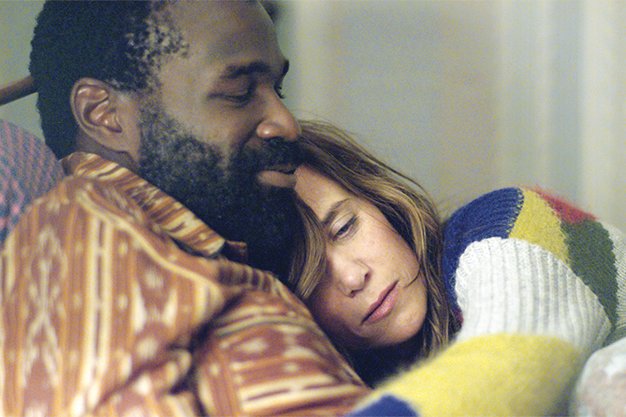 There are other things going on, including some unpleasantness with a homeless man (Reg E. Cathey, of The Wire and the new Fantastic Four) on the block, but Silva is primarily concerned with the awkwardness that sets in between Freddy, Mo and Polly.

Dramatically undercooked and shot in a way that makes the whole thing feel random and amateurish, Nasty Baby feels as self-indulgent and grating as the art piece on which Freddy labours for the entire movie – which is basically just him lying on his back, squalling like an infant.

Wiig and Adebimpe do their best with barely-there roles while strong performers like Cathey, Alia Shawkat (Arrested Development) and Mark Margolis (Breaking Bad) are simply wasted.