>>> Indie Film Spotlight: The Last Man On The Moon 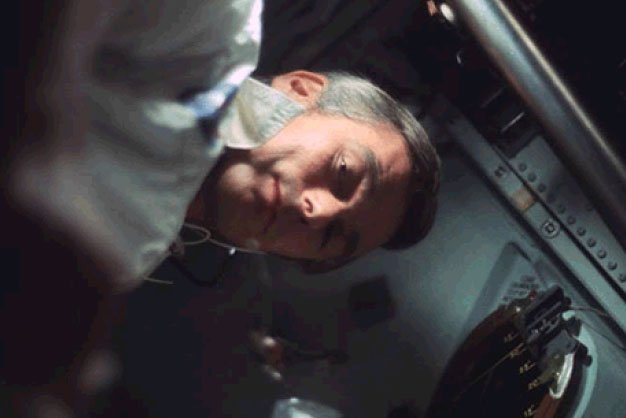 If you missed its Doc Soup screenings last year, you’ll want to catch The Last Man On The Moon now that it’s back. This movie just won’t have the same impact on Netflix.

Eugene Cernan was indeed the last human being to set foot on the moon, during the 1972 Apollo 17 mission. Director/co-writer Mark Craig uses Cernan’s autobiography as an anchor, juggling vivid space-porn images – some archival, some digitally recreated – with a self-awareness that lets his movie engage with the heroic mythology of NASA while acknowledging how square that era really was.

Craig also makes sure we understand the stresses Cernan and his family, who were all too aware of the risks inherent in the space program, endured. (The disaster of Apollo 1, in which three astronauts died while rehearsing a launch, was never far from anyone’s mind.)

The film may not push the envelope of wonder quite the same way as Al Reinert’s glorious 1989 documentary For All Mankind. It’s a pretty conventional project when all is said and done, with talking heads, archival footage and whatnot. But Cernan’s an engaging subject, and he’s got a great story to tell.