Ella Purnell and Bruce Greenwood unpack a lot of emotion. 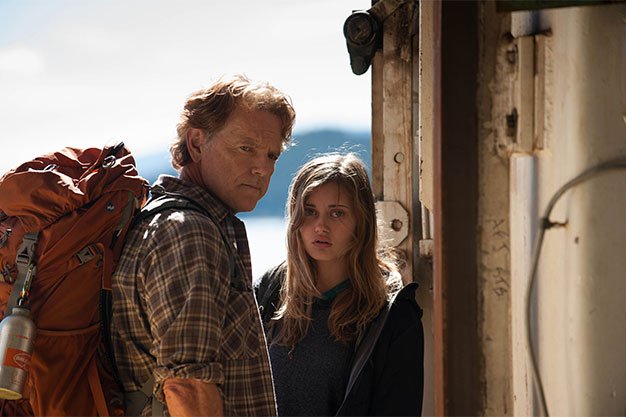 Writer/director Frank Hall Green proves a talent to watch in his debut about a vulnerable teenager’s trek through Alaska with a widower. A lyrical story about healing, Wildlike is modest in scale but big in unspoken emotions.

Ella Purnell stars as 14-year-old Mackenzie, shipped off from Seattle to live with her uncle (Brian Geraghty) in Alaska while her mother is being treated for some unspoken ailment or addiction. Mackenzie seems the kind of marginalized teen who would make an easy victim, and it doesn’t take long for her uncle’s warmth to reveal itself as predatory.

After making a run for it, Mackenzie finds and imposes herself on Bruce Greenwood’s Rene, who’s mourning his wife’s passing while hiking through the wilderness.

Their prickly bond is refreshing, and Green avoids the most clichéd trails to melodrama. Both characters refrain from pouring their hearts out to the other Mackenzie is just looking for someone to help her get home, while Rene just can’t get rid of her and is not entirely sure that he should.

They keep their pain buried, having little to say, but Purnell and Greenwood make the most of silence, discovering that much can be communicated through darting glances, weary movement and the slow buildup to a hopeful smile.