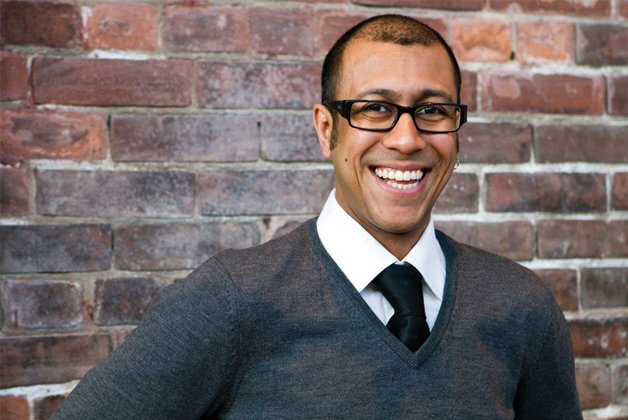 Young indie theatre companies have it hard, not only creating new works but also finding the money to stage them and then putting bums in seats.

The Theatre Centre and several established troupes have come up with a model to help.

This week the Centre opens its BMO Incubator space with works by Ahuri Theatre, Play It Again Productions and ZOU Theatre. The venture gives the up-and-coming companies a chance to develop scripts and run their shows for six weeks (a luxury in the indie community), with Theatre Smith Gilmour and Why Not Theatre providing funding support and administrative guidance.

Operating as the Independent Creators Cooperative, the three are linked by their focus on physical theatre. Just about everyone involved has trained with French master Philippe Gaulier or at Paris’s Jacques Lecoq School.

“Physical work has been part of the Theatre Centre since its early days,” notes Ravi Jain, resident artistic director at the Centre and head of Why Not. “It’s appropriate that these young indie companies, each with its own style, come together using this new model.”

Play It Again’s Death Married My Daughter, previewed at last summer’s Fringe, brings Shakespeare’s Ophelia and Desdemona back to life to look at the condition of women in a male world.

Ahuri Theatre’s Ralph + Lina is the story of co-writer Christina Serra’s grandparents’ history in Italy. Initially separated by the Second World War and Lina’s forced betrothal, they find freedom and happiness in Canada.

Business As Usual, by ZOU Theatre, traces the comic madness at a corporation where working 9 to 5 – that is, 9 am to 5 am – is the norm.

“The genesis of the producing model came about through my discussions with the Theatre Centre’s Franco Boni,” recalls Jain. “My central question in programming the new venue was what a theatre could be for a community – not only the artistic community but also the people who live in the area.”

The idea for the Independent Creators Cooperative grew from the Centre’s history of giving companies a long-term development process.

“Given the difficulties that emerging companies face with the rising cost of productions and building audiences for shows, we wanted to provide them with a chance to concentrate on their art.

“It’s hard to find $60,000 to get a show up while doing marketing and publicity,” continues Jain. “That kind of producing model forces artists to focus on the end result of creation. We wanted to let companies direct their energy toward the evolving of their work.”

Jain calls it “incentivizing” – giving those companies with money the chance to direct some of it to those at the bottom of the funding pyramid. Eventually, the shows they help finance make money that comes back to the givers, “creating a better flow throughout the artistic ecology.

“I believe in intergenerational work, the importance of conversation between established and young companies. With the new system we’ve created, every artist in these three troupes is paid for their artistic work throughout the project. And with performances only four days a week, they can continue to develop their projects for six weeks.

“This new model of presentation puts power in the hands of emerging creators,” says Jain passionately. “Too often they’re burdened by the pressures of producing, but we hope to remove that kind of stress so they can take artistic risks.”