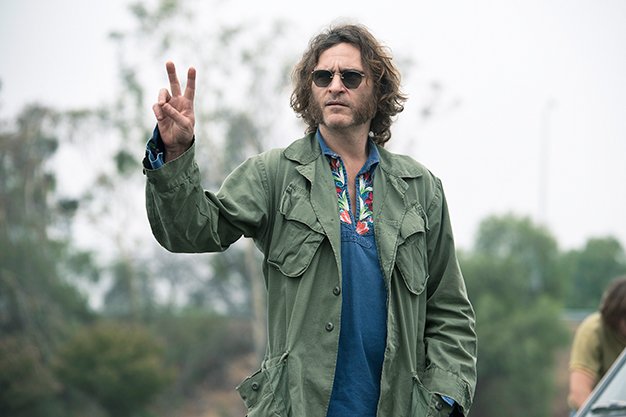 After the oppressive, grim tidings of The Master, Paul Thomas Anderson switches it up with a giddy adaptation of Thomas Pynchon’s 2009 detective novel.

It’s 1970, and sometime detective Larry “Doc” Sportello (Joaquin Phoenix) is nudged out of a dope fog by an ex-girlfriend (Katherine Waterston) trying to keep a real-estate mogul boyfriend out of trouble. That’s just the start of a long and twisted road for Doc, who fumbles further and further onwards, uncovering an elaborate (and frankly insane) conspiracy.

Alternately befuddled and bemused – until it’s time for Doc to choose sides anyway – Phoenix makes an excellent tour guide to the Pynchon/Anderson funhouse, though Josh Brolin very nearly walks away with the picture as the deeply contradictory LAPD detective called Bigfoot. Waterston’s eerie calm as the melancholy Shasta lingers in the memory, too.

And Anderson’s casual mastery of image and sound is here to be admired, as always. He’s made a fantastically dense movie worthy of multiple viewings.

Best picture might not happen – the movie is just too strange for that – but Josh Brolin could get a best supporting actor nomination and might even have a shot at winning if enough people watch their DVDs. Joaquin Phoenix has a shot at actor, Katherine Waterston could vie for supporting actress, and Paul Thomas Anderson should never be ruled out for director or adapted screenplay.